Fans of Namco's Taiko no Tatsujin drumming games will soon be able to bang out some rhythm-based gameplay wherever they go. According to the latest edition of Famitsu, Namco is currently developing Taiko no Tatsujin Portable for the Sony PlayStation Portable. The game is slated for release on August 4, at the price of 5,040 yen ($47). Currently, there are no plans to release the game in the US.

As a handheld game, Taiko no Tatsujin Portable will not feature the specialized taiko-drum controller included with the PlayStation 2 versions. Instead, the game will use the direction pad and the four standard buttons as the left and right drumsticks, respectively. Gamers can smash rim shots by pressing the L and R shoulder buttons. The game will also make use of the PSP's analog stick, which the player will have to rotate on cue during gameplay.

In addition to the main gaming mode, Taiko No Tatsujin Portable will include a number of minigames. In one, players will tap buttons to make two sumo wrestlers fight, while another will require players to manipulate rotating bars with the analog stick.

Famitsu also reports that Namco is developing Taiko no Tatsujin: Best Hit Anime! for the PS2, which will be hitting stores simultaneously with the PSP Taiko game on August 4. As the title suggests, all the tracks included in Best Hit Anime! will be from popular Japanese cartoons. The game will include a total of 40 tracks, ranging from old anime such as Mazinger Z, to more recent series, such as Yakitate!! Japan.

Taiko no Tatsujin is known in America as Taiko Drum Master and typically retails for $59.99, a price that includes the drum controller for the full taiko experience. For more information on the game, check out GameSpot's full review. 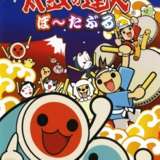