The Monster Hunter franchise is regarded as a big deal in Japan and Asia, as there are a multitude of Monster Hunter-themed festivals held to get fans together for some beast-killing role-playing game action. To commemorate the September 28 online update of the Xbox 360 iteration of the game, titled Monster Hunter Frontier Online, Microsoft and Capcom are collaborating to release a special console bundle that was recently announced on the game's official website.

Called the Xbox 360 250GB Monster Hunter Frontier Online Trial Pack, the bundle consists of a 250GB Xbox 360 console and a download code for the game. The bundle will also include special bonus events and items for use in the game in the form of product codes. As a bonus, this version of the game allows players to play online for free up until their hunter reaches level two. Players will need to then buy an Xbox Live Gold Membership subscription afterward.

Gamers in Japan can purchase the package for 29,800 yen ($390). For more information on the franchise, check out GameSpot's recent coverage on the latest Monster Hunter title. 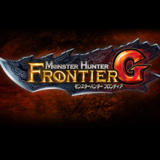