Storied director tells <i>BusinessWeek</i> that he's working on an ambitious game that will tie in to his next big-screen project. But is it <i>Battle Angel</i> or <i>Avatar</i>?

Last March, filmmaker James Cameron shook up the 2005 Game Developers Conference in San Francisco. Sitting on an Xbox-sponsored panel discussing the future of entertainment, the Terminator director revealed he was planning an Enter the Matrix-like crossover game to be developed alongside his next movie.

"In my next film, I can only tell you what we're planning on doing, which is simultaneously developing a major motion picture and, hopefully, a major game title that coexists in the same world that shares characters." He continued, "Going into that world will actually inform those watching the film and vice versa. I don't want to say anything more than that, because I don't want to give away some of the cool stuff that we're working on."

Despite his protestations of secrecy, Cameron apparently spilled the beans less than two months earlier to popular film site ComingSoon.net. "We're in preproduction now on a movie called Battle Angel, which is based on a Japanese manga series of graphic novels by an artist named Yukito Kishiro," he told the site. According to Cameron, the film will amalgamate the first three books in the series, which profiles a cybernetic heroine struggling to survive in a savage postapocalyptic world. "It's a father-daughter-relationship story that just has the most insane action that you can imagine," said Cameron.

Just under a year later, Cameron has once again made news with his game-movie crossover. In an interview in the February 13 issue of BusinessWeek--which, like many magazines, hits newsstands a week before its cover date--Cameron talks about how his upcoming film will also be a massively multiplayer online game.

"So much of literary sci-fi is about creating worlds that are rich and detailed and make sense at a social level," Cameron told BusinessWeek. "We'll create a world for people and then later present a narrative in that world." For Cameron, a lifelong gamer and technology nut, the appeal of an MMO universe is obvious. "You are exploring the interaction of technology and the human imagination," says Cameron, "and you play it out in a highly competitive, fast-paced interaction." The article also said neither the game nor the film would come out until 2008--at the earliest.

Though news of a Cameron-created MMOG will be music to many sci-fi fans' ears, the article also carries a nasty surprise for those looking forward to Battle Angel and its associated game. Namely, Cameron does not mention the film by name once. Instead, he refers to his next project as having the working title of "Project 880" and steers clear of any description other than calling it "completely crazy, balls-out sci-fi."

Just what is Project 880? Early speculation pegged it as a cover name for Battle Angel, much like Blue Harvest was for Return of the Jedi. However, a report last summer in theHollywood Reporter indicated that Cameron is also developing an entirely different film called Avatar, which Project 880 could also be a cover name for.

According to several respected underground film Web sites, such as CHUD, Avatar is a wildly ambitious sci-fi epic about "a love story set against an interplanetary war where no one is human." Other unconfirmed reports set the film against the backdrop of humankind's initial exploration of our nearest interstellar neighbor, Alpha Centauri, and the conflict that arises from it. (Warning: Contains potential spoilers.)

The Battle Angel/Avatar confusion has been increased by recent reports that Cameron has been holding casting calls for a young, athletic actress to play his next film's heroine. The question of what exactly that film will be will likely be answered in the coming months. 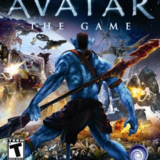