The long and twisting saga of Jack Thompson's legal career appears to be drawing to a close. Earlier this year, a Florida judge recommended the inflammatory lawyer be permanently disbarred for a prolonged pattern of misconduct and multiple violations of Florida Bar rules. The Florida Supreme Court...

The long and twisting saga of Jack Thompson's legal career appears to be drawing to a close. 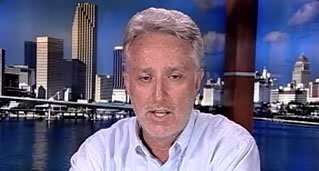 Earlier this year, a Florida judge recommended the inflammatory lawyer be permanently disbarred for a prolonged pattern of misconduct and multiple violations of Florida Bar rules. The Florida Supreme Court today embraced that recommendation, permanently disbarring on Thompson.

"Based on the record before it, the Court agrees that respondent is not amenable to rehabilitation," the Justices' decision read. "Further, the Court approves the referee's recommendation that permanent disbarment is the appropriate sanction."

Thompson will be given 30 days during which he must close out his practice and make arrangements for existing clients. He may file a motion to have his case reheard, but due to a sanction already placed on Thompson, he needs another member of the Florida Bar in good standing to sign off on the motion before the court will consider it.

In a prepared statement sent to media outlets, Thompson claimed the disbarment was an act of retaliation for a number of actions, the most recent of which being a civil lawsuit Friday naming more than 70 defendants (and one late defendant's estate) including the Florida Bar and all seven of the state's Supreme Court Justices for alleged violations of his civil rights.

"The timing of this disbarment transparently reveals its motivation," Thompson wrote, adding, "This rush to disbarment is in retribution for the filing of that federal suit. With enemies this foolish, Thompson needs only the loyal friends he has."

However, Thompson's most notable target has been the Grand Theft Auto series from Take-Two Interactive, which he accused of "mentally molesting minors for money." After three police officers were killed by a professed Grand Theft Auto: Vice City player in Alabama, Thompson represented their families in a civil lawsuit to hold Take-Two responsible.

Thompson has made eye-opening headlines frequently over the last three years, notably when he sicced the police after the creators of webcomic Penny Arcade for harassment after they made a charitable donation in his name. In addition, he has been publicly disavowed by the president of the National Institute on Media and the Family, and helped draft game-related legislation in the wake of the Grand Theft Auto: San Andreas "Hot Coffee" scandal.

Perhaps more than any of that, his most notable accomplishment may have come in a lawsuit to prevent the release of Take-Two Interactive's Bully in Florida under public nuisance laws. While a judge eventually approved Bully's release, he did so only after taking the unprecedented step of requiring Take-Two to produce the T-for-Teen-rated game for his review before it could hit store shelves. His behavior during the proceedings helped begin the course of events which led to his disbarment.

There are 865 comments about this story
Load Comments (865)