Iwata: Wii 'unhealthy' in Japan, but no price cut coming

This morning at a press luncheon in Tokyo, Nintendo president Satoru Iwata revealed that 600,000 DSis have been sold in the US and Europe. He also dated Wii Sports Resort, the beach sports minigame compilation that will come bundled with the Wii Motion Plus motion-sensing Wii Remote attachment.

However, as Iwata addressed an audience dining on smoked duckling and sauteed swordfish at the Foreign Correspondents' Club of Japan, he also had some bad news to convey. After the PlayStation 3 outsold the Wii in Japan last month, the Wall Street Journal called Nintendo "vulnerable" in its home country. Now, after initially blaming a weak Japanese gaming market for the Wii's 63 percent one-month sales slump, Iwata admitted that the console was facing difficulties.

"The Wii is in the most unhealthy condition since it hit the Japanese market," he told the crowd, according to the Agence France-Presse news service. "The current condition in the Japanese market is not the one we want." However, Iwata did say that declining Wii sales were partly due to the Japanese character. "The speed with which people get tired of any new entertainment is faster in Japan than in overseas markets," explained the executive.

When sales of the Wii's two rival consoles--the PlayStation 3 and Xbox 360--have slowed, their manufacturers have responded with a series of price cuts. For the moment, though, Iwata ruled out any such move on Nintendo's part with a somewhat perplexing argument.

"A price cut in a difficult economy cannot really excite the market and drive up sales," contended Iwata. "As of now, I really don't think that a price cut is a good option for us."

To see Iwata tout the Wii in person, check out his revealing of the Wii Remote at the 2006 Tokyo Game Show. (The voice is that of a Japanese translator provided by TGS.) 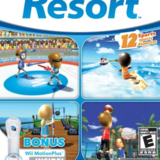 There are 351 comments about this story
Load Comments (351)