Nintendo president explains how new advertiser-sponsored Wii no Ma channel will allow videos to be downloaded to new handheld, shared with friends. 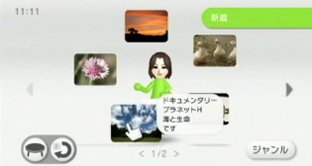 One week after Nintendo unveiled the Wii no Ma video service in a Japanese-language trailer, company president Satoru Iwata has posted a video explaining it in detail. Viewable on the official Japanese Wii site, the nearly 25-minue video covers the logic behind the service, how it will work, and how it will grow in the future.

"Many of you must be asking, 'What is Nintendo doing?'" began the recent Game Developers Conference keynote speaker. "Let me explain. ... We're trying to change the relationship between family, TV, and the Internet...starting in Japan, and then expanding to other regions."

Given that 87 percent of Japanese families who have a Wii have it in their living room, Iwata said he wanted the video service to bring families together. To that end, it will feature a virtual "Ochanoma," or tea room, populated by Miis. In that virtual tea room will be a virtual widescreen TV, which players will select using the Wii Remote.

Indeed, Iwata said that the Wii Remote is what will make the Wii's video service more accessible than other video services, since people of all ages have handled the device. The Wii's ease of use is one way Wii no Ma will be differentiated from video-download services on the PC and console. "There is no point in duplicating a video PC delivery service...there is no point competing with YouTube or 24-hour channels," he explained. 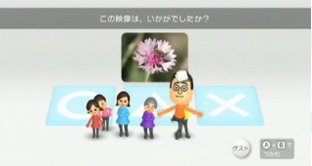 The origins for Wii no Ma began shortly after Nintendo partnered with Dentsu, a Japanese advertising firm, to launch a TV guide channel. At the beginning of 2008, the two companies began discussing how they could create a new kind of video download service. Though somewhat different in its interface, its business model is hardly unique.

"Broadly defined, Wii no Ma is a service which delivers video to the consumer, funded by ads," said Iwata. "It's meant to be enjoyed by the whole family without taking up to much [of their] energy."

When it launches in Japan tomorrow, May 1, the service will have only a "limited catalog" of videos, all of which will be free and be viewable an unlimited number of times. However, its catalog will expand with the support of five Tokyo television networks, promised Iwata, who showed clips of nature shows, a music video, and a wedding reception as examples of video content. 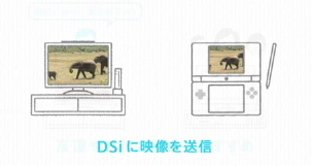 He also said the public "could expect" that future offerings would include "anime and manga" content, since the distinctly Japanese art forms "are enjoyed all over the world." He said that such global demand could eventually lead to simultaneous global releases of exclusive video content to Wiis worldwide, irrespective of region.

Another way Wii no Ma will stand out from its competitors is that its videos can be "transferred to the DSi" and watched on the go, as Iwata hinted at earlier this month. (Presumably because of its lack of an SD memory card slot, the DS Lite was not mentioned as an option.)

Players will even be able to download coupons from advertisers on the service onto their DSis by visiting sponsored "Kaishanomas," or company offices, sponsored by various advertisers. Like a much lower-graphics version of the company spaces in Sony's PlayStation Home, the three-dimensional Kaishanomas will feature 12 areas where advertisers can put content. Besides coupons, these can include general information, questionnaires, video featurettes with no time limit, and even areas where a Wii owner can order free samples of a product. 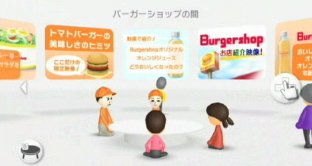 Iwata explained that Kaishanomas are just one way the Wii no Ma will "move advertising forward" by making it part of the Wii entertainment experience. Another will be the services' emphasis on rating videos, which will provide both advertisers and content producers with real-time, demographically indexed feedback on who is enjoying a video feature. 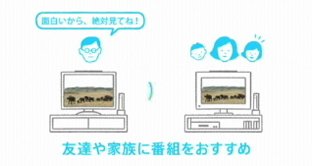 Players will also be encouraged to rate video offerings and then send them to their Wii friends, who can watch them immediately. The ratings will also be helpful for letting Wii users select videos, since each video will show the Miis of those recommending it, sorted by gender and age. This information will then be used to program a "Wii no Ma Concierge," a Mii that will walk into the virtual tea room and suggest videos based on a Wii owner's past viewing habits. Iwata even suggested that the concierge, whose apperance will vary, could look like a celebrity or a historical figure.

Overall, Iwata said he saw Wii no Ma as building on Nintendo's successful strategy of making its console appeal to nontraditional gamers. "The definition of what you would consider a video game has become much wider than before," he explained.