Outspoken executive tells Japanese press that online-enabled gaming is on the way out, drops hints of a Bandai partnership.

For years one of the major complaints about the GameCube has been its lack of online-enabled games. Judging by comments made last week by Nintendo president Satoru Iwata, that won't be changing anytime soon.

In an interview with the Japan Economic Foundation's magazine, Japan Spotlight, the famously outspoken Iwata repeated his oft-quoted assertion that "customers do not want online games." He told the Spotlight, "At the moment, most customers do not wish to pay the extra money for connection to the Internet, and for some customers, connection procedures to the Internet are still not easy."

To back up his claims, Iwata pointed to sales during the 2003 holidays. "During the year-end shopping season last year, none of the online games succeeded," he said. "All the games that sold well were off-line games." Iwata did not name any games specifically, referring only to lackluster sales of "SCEI’s online golf game," presumably Hot Shots Golf Fore!, which was released last November in Japan. (The game is due in North America next month.)

But while Iwata's disdain for online play was clear, he would not abandon the concept altogether. "Online technology has its own interesting features, so I don’t rule out the possibility of making use of it for games," he said. Iwata also said that the industry would soon come around to his point of view. "Game companies now find it difficult to make online game businesses successful, and their enthusiasm for them is cooling," he predicted.

The Nintendo president also used the interview to fire a few broadsides against Sony's upcoming PSP. He dismissed the PSP and Sony's PSX PlayStation 2/personal video recorder hybrid as "entertainment goods," not true gaming machines. "I think customers will not regard the Nintendo DS as having the same purpose as the PSP." He even went so far as to say that the two portables were so different as to not qualify as competitors. "Just as the GameCube does not compete with the PSX, the Nintendo DS will not compete head-to-head with the PSP."

Iwata also brushed off charges that Nintendo's games are geared too much toward children. "Game software should neither be exclusively targeted at children nor adults," he told the Spotlight. "Instead, we will develop software which anyone can instantly understand." Iwata singled out WarioWare Inc.: Mega MicroGame$ and Donkey Konga as shining examples of all-ages games. "When we market new software for adults, we should publicize it as software that everyone can enjoy... That will be more effective than undertaking a promotion specifically aimed at adults."

As always, Iwata's commentary was engaging. However, it was his comments on Nintendo's relationship with Bandai that got industry watchers' attention. When asked whether Nintendo's purchase of 2.6 percent of Bandai's stock could be a precursor to a merger between the companies, Iwata demurred--at first. "It all started when a holder of Bandai shares approached us," he told the Spotlight. "We bought the shares as Bandai’s business value and stock price were balanced." Then he hinted that Nintendo and Bandai could indeed start some form of joint projects. "We already had a relationship with Bandai, as we had marketed Bandai’s software," he said. "A closer relationship would be beneficial for both sides and it will be nice if the two companies can work together in doing something interesting." 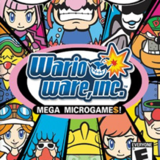