It's Time to Get Another Free Mythical Pokemon

Add an Arceus to your roster.

August has begun, and so has the next leg of Pokemon's 20th anniversary giveaway. Starting today, you can add another free Mythical Pokemon to your collection in the most recent 3DS games.

August's freebie is a level 100 Arceus. Although it's a Normal type, it has the Multitype ability that allows it to change to a different type depending on the item it's holding. It comes with the Judgment, Recover, Hyper Beam, and Perish Song moves.

Arceus is free now now until August 24 for use in Pokemon X / Y or Alpha Sapphire/Omega Ruby. Unlike some of the other free Mythicals offered this year, Arceus will require you to visit GameStop (or EB Games, if you're in Canada) to receive a code that unlocks it in-game. If you do get your hands on a code, make sure to use it by November 30, 2016; after that, it'll no longer work.

Using the code simply requires you to to go the Receive Gift option in one of the game's main menus and select the Get With Code option. From there, you can connect to the Internet, enter the code, and then head to an in-game Pokemon Center to pick up your new Pokemon. Step-by-step instructions are available here.

This giveaway has been going on since February as part of the franchise's 20-year anniversary celebration. It'll continue through the end of the year, with the likes of Keldeo (October) and Genesect (November) still to come.

We also today learned about some of the new features and Pokemon coming in this year's Pokemon Sun and Moon, including a hilarious-looking version of Exeggutor. 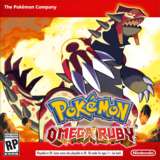