[UPDATE] Sammy's Xbox-only 3D fighter is pushed back to make it "fully compatible" with Xbox Live 3.0.

Iron Phoenix, the upcoming Xbox-exclusive brawler from Sammy Studios, won't be stepping into the ring this year. Shortly after the Web site began listing the game with a "February 2005" projected release date, representatives from Sammy confirmed the game had slipped from its Q4 2004 release window.

Iron Phoenix joins a growing number of games that are bowing out of the crowded 2004 holiday season. Most Q4 2004 dropouts offered no motives for their schedule changes, but Sammy reps said there was a very specific reason that its game was being postponed until next year. "They [the developers and programmers] need more time to make it fully compatible with Xbox Live 3.0," said one rep.

Tim Hess, the game's producer, went into more detail. "We wanted to take advantage of the latest features that Xbox Live 3.0 offers," he said. "We've announced our various game modes: Death Match, Team Death Match, Giant Kill (a team of 15 players against 1 Giant), VIP (multiple teams with one VIP) and Ring Challenge (16 player 'one on one' ladder matches). When you dissect those modes of play you see we are very team-based. Live 3.0 will allow the players to form clans, as well as schedule and track tournaments with other Clans or players via the Iron Phoenix website."

A fighting game that exhibits both Asian and Western influences, Iron Phoenix will offer single-player and multiplayer modes. The former will follow a character on a quest to collect nine magical weapons forged from a fallen meteor. The latter will let up to 16 players engage in big brawls via Xbox Live. Both will employ the game's innovative fighting system, which is outlined in GameSpot's preview. 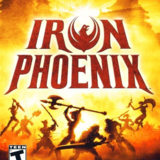