TOKYO--Niche Japanese publisher Irem didn't have much of a booth at the Tokyo Game Show, but it did have four new games to unveil. The most unexpected game was Minna De Spelunker, a PlayStation 3 remake of the classic 1983 game, which will be a download-only game available at the PlayStation Store this winter.

A total of 100 stages will be featured in the Spelunker remake, which include new areas, such as a glacier stage and a volcano stage. Players can select two modes. The Classic mode features graphics from the 8-bit era and can be played with up to four people on split screens. The Renewal mode plays with 3D graphics and also allows for four-players, though on a single screen.

While the Minna De Spelunker's stages are different from the 1983 original, Irem didn't mess with the game's formula. The controls and gameplay are completely the same as the old days, both in the Classic mode, as well as the Renewal mode. Another thing Irem kept intact was the fragility of the main character, which is considered to be one of the prime points in Spelunker.

As in previous installments, Zettai Zetsumei Toshi 3 will have players trying to find their way safely through an urban disaster zone after a major earthquake. Ruins, flaming streets, falling objects, and panicked citizens are amongst obstacles that the player will need to face. A new element in the upcoming game will be stress: Aside from physical damage, the main character's psychological state will determine survival, so finding ways to relieve anxiety will be essential.

With the shift to the PSP platform, Zettai Zetsumei Toshi 3 will allow up to four-person multiplayer. In an interesting twist, the game also includes a survival manual that can be unlocked through playing and survival tips in case of a disaster--handy in Earthquake-prone Japan (and California).

Irem also announced two PSP games that are completely new projects. The first game is a 3D role-playing game called Narisokonai Eiyuutan, which roughly translates as "Tales of the Failed Hero." Though the game has a typical fantasy RPG setting, its main theme is human relations. The action that the player takes when a party member is in need is one of the examples that can affect relationships to that character. When the main character is in a good relationship, the party member will become stronger in battle or even make a move on him or her. On the other hand, a bad relationship could end up with the party member leaving or even attacking the main character during battles.

In terms of other systems, Narisokonai Eiyuutan features a total of 10 main characters that can be switched at any time of the game. There are also more than 40 different jobs, which can be freely switched for the main character and party members. The game is slated for release in Japan during winter 2009.

Last but not least is Irem's new card battle strategy game, Hototogisu: Ran, which is slated for release in Japan in November. At one glance, Hototogisu looks like a Koei game rather than an Irem game because it takes place in medieval Japan and features such warlords as Oda Nobunaga and Takeda Shingen. The player uses warlord cards and fights on a map consisting of cells, much like traditional strategy games. However, the game plays with what Irem calls a "simultaneous turn-based system," in which both sides of the player can make moves without waiting for his or her opponent. Weather also plays an important role; for example, guns can't be used when it's heavily raining, and rivers may flood. 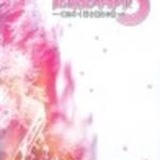