Seminal work arriving on the handheld this Friday at budget price; creator Cecil talks Heavy Rain and the future of adventure.

DOS point-and-click adventure game Beneath a Steel Sky has often been recognised as one of the greatest adventure games of all time. Fans of the original (which is now offered free through sites, such as GOG.com) and newcomers alike will soon be able to experience a new remastered version when the game is released on the iTunes store on October 9.

Beneath a Steel Sky combines the talent of game designer Charles Cecil with comic artist Dave Gibbons (Watchmen, 2000 AD), who have previously collaborated on Broken Sword: The Shadow of the Templars - Director's Cut, released earlier this year on the Nintendo Wii. Both luminaries were at a BAFTA event in central London last night for the game's official launch. During the session, Cecil and Gibbons spoke about the experience of re-creating Steel Sky and shared thoughts on the evolution of the adventure genre. Cecil also confirmed the game will be available in the UK, Europe, and America at a thrifty price of £2.99/€3.99/$4.99 from this Friday.

During the event, Gibbons revealed that this might not be the end for the collaborative team or for the Steel Sky universe. "I think what this remastering has done for me has reminded me exactly how much I enjoyed working on the game originally, and Charles and I have kicked some ideas around," Gibbons said. "With the way I now understand technology better, the way that we could more efficiently put a game together, it's something that I'm really quite interested to do."

Cecil chose to respond directly to questions about a potential sequel. "The key thing is it would be lovely. People have been asking for Beneath a Steel Sky II since, well, Beneath a Steel Sky," he said. "In truth, part of this is very much internally...seeing commercially how successful it is. We have loads of ideas. The really nice thing is that without having to be funded externally, actually we get to make an aesthetic decision and a practical, commercial decision."

"Part of why I love this industry is because it's the two coming together; you can't do one without the other. Both of those things have to be satisfied together, and we are going to do something together; we just don't know what yet," Cecil said.

Despite the current renaissance of the adventure genre with games, such as Professor Layton and the Curious Village and The Secret of Monkey Island: Special Edition, Cecil expressed some scepticism regarding Sony's upcoming Heavy Rain. "I really admire Quantic Dream, and I hope they do very well; [however], I'm not sure that I think that's actually the right approach."

"I think the adventure, as a genre, if you push it toward an action adventure, which is what they're doing, I'm not sure that other genres can't do that type of gameplay better. If they do succeed, and Heavy Rain is successful, and I really hope it is, then that will be very, very interesting. But I think that David Cage is a brave man, certainly braver than me. I wouldn't have gone down that route myself," Cecil said. 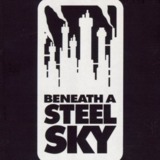 View Comments (6)
Beneath a Steel Sky