After months of bad omens, the end has finally come for the veteran RPG developer.

It looks like role-playing gamers will have a boulder of coal stuffed in their holiday stockings this year, as GameSpot has received reliable reports that Interplay has shut down Black Isle Studios.

While nothing has been confirmed by official sources as of press time, Damien "Puuk" Foletto, a member of BIS' art department, broke the news on the Interplay forums late this afternoon. "Today was my last day at the (former) BIS, as it was for my whole team," he said. To date, Foletto's posts have been one of the most reliable sources of news on the development of Fallout 3 (aka Van Buren) including the departure of his former co-worker J.E. Sawyer.

Black Isle's closure is a sad end for the once-great developer. BIS had a hand in some of the most acclaimed PC RPGs of the late 1990s, including the Fallout and Baldur's Gate series. Recently, though, the studio fell on hard times. Its forthcoming Dungeons & Dragons title, code-named "Jefferson," was canned earlier this year, reportedly a casualty of a legal tangle with D&D rights-holders Wizards of the Coast. A host of top-quality talent has fled the studio, including legendary producer Feargus Urquhart.

However, it looks like the financial woes of BIS' parent Interplay finally did the developer in. Interplay has lost over $20 million so far this year. Its two main holiday releases, the console RPGs Fallout: Brotherhood of Steel and Baldur's Gate: Dark Alliance II (which was developed by BIS), were pushed back to next January as a result of another legal dispute, this time with distributor VU Games. Interplay's refocusing on console games may have also been a factor in the decision to shutter its more PC-centric subsidiary.

Regardless of the reasons, the closure of BIS will hit many gamers hard. Foletto's final post seemed particularly depressing. "I don't know where I'll end up," he said, "but [people should] know that we were all avid gamers and wanted to make the PC games that not only we wanted to play, but also the fans." 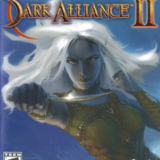