Insomniac Games has been committed to Sony's hardware dating all the way back to Disruptor, its maiden effort released in 1996. Since then, the Burbank, California-based independent studio has crafted some of the most well-known franchises appearing on Sony's console, including Spyro the Dragon, Ratchet & Clank, and, most recently, Resistance, the first installment of which was a launch game for the PlayStation 3. 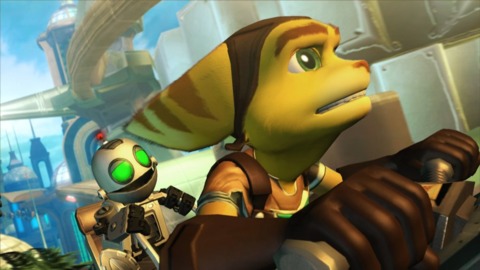 Consequently, it came as no surprise when Insomniac revealed today that it is currently at work on a new game exclusively for the PS3. Word of the upcoming project came by way of an announcement touting Insomniac as one of the top five places to work in California. As such, no details were revealed on the game, which Insomniac still regards as "unannounced."

As for the independent studio's award, Insomniac said that it was ranked fifth in this year's Employers Group "California's Best Places to Work" survey. According to the Employers Group, rankings were determined both by a survey completed by randomly selected employees as well as responses related to a company's work environment, policies, practices, and benefits.

"Last year was an especially historic time for Insomniac in that we launched two successful games in one year while also laying the groundwork for our new North Carolina studio," Insomniac Games founder and president Ted Price said in a statement. "It's therefore especially gratifying to earn such praise for our work culture considering the volume of activity and change we experienced. When we factor in the multitude of innovative companies populating the state, this honor becomes even more humbling and special."

The award marks the eighth of its kind that Insomniac has received since 2005. Previously, the studio has been honored for three years running as one of the Top 10 Small Businesses to Work for in America, as deemed by Great Places to Work. Insomniac has also been named as one of the top places to work in various other surveys encompassing the California, Los Angeles, and San Fernando Valley areas.

There are 270 comments about this story
Load Comments (270)