"We have been, we are, and we will always be a nation of immigrants."

Insomniac Games released a video today stating in no uncertain terms the company's opposition to the immigration ban handed down by executive order from U.S. President Trump earlier this week.

In the video, Ted Price, founder and CEO of Insomniac Games, stood in front of the collected staff of the company's Burbank, California office and delivered a speech that opened with "At Insomniac, we employ people of all national origins and religious faiths," a fact he believes is core to Insomniac's ability to "help make the world a better place through the stories we tell."

"We at Insomniac games stand united in strongly opposing President Trump's immigration ban," Price said. "There's no question that these orders will harm us as a company, and many of our team members. So we ask: is this the American way? Is discriminating based on religious faith or national origin American? Absolutely not. This is a deplorable, discriminatory act that we and many others across the nation believe is patently unconstitutional. We have been, we are, and we will always be a nation of immigrants."

Price closes his speech with a call to action, asking viewers to contact local congress representatives to make their voices heard, and to support other organizations in creating opposition campaigns.

Price and the Insomniac team aren't alone in these beliefs, adding their voices to a number of other industry representatives speaking out against the immigration ban. Earlier this week, the Entertainment Software Association (ESA) released a statement, that "urges the White House to exercise caution with regard to vital immigration and foreign worker programs." Venture Beat has collected a host of other statements against the ban, including Vlambeer's Rami Ismail, the official twitter account of the Game Developers Conference (GDC), Brianna Wu, Microsoft CEO Satya Nadella, Paul Murphy and the Dots team, and more.

If you want to learn more about the immigration ban, our sister site CBS News has a full report. 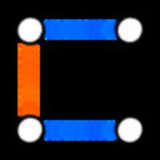