Insider Claims God of War 4 Will Be Announced at E3, The Last of Us 2 Won't

Industry insider Shinobi602, who has accurately reported on unannounced games in the past, now claims God of War 4 will be announced at E3 2016, while The Last of Us 2 won't.

Speaking on the latest episode of Video Game Sophistry, Shinobi said E3 2016 will be the "big coming out party for God of War 4." He also teased that God of War series hero Kratos is "most likely" in the game, though he may not be the protagonist. Additionally, if the game is indeed real, it might not be called God of War 4, Shinobi said.

A report from April claimed God of War 4 was in development and that it may be based on Norse mythology, instead of Greek.

As for The Last of Us 2, Shinobi suggested Naughty Dog was at least prototyping this game, though he said it's unlikely it will be announced at E3.

Following the launch of the critically acclaimed original The Last of Us in 2014, director Neil Druckmann said there was a "50/50" chance of a sequel. Naughty Dog's latest game was another big hit, Uncharted 4: A Thief's End.

The full VGS interview (watch/listen to it through the video above) contains many more details on what might be announced at E3. Bear in mind that, while Shinobi has a proven track record of revealing things early, nothing is confirmed at this stage. 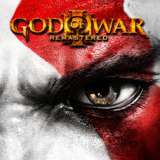