Collectible card game-slash-roguelike Inscryption can be a tough game to get your bearings in. Here's everything you need to know to uncover its secrets and win some battles.

Inscryption is a strange game. It's primarily a card-battling experience akin to something like Slay the Spire, but like Dan Mullins Games' past titles, such as Pony Island, there's much more to Inscryption than meets the eye. What's more, its card-battling gameplay is pretty robust and well-developed, even if fighting and winning card battles is only the means to allow you to explore its strange world and narrative.

Getting started in Inscryption can be a bit daunting, since the game throws you into the deep end with little explanation and you'll need to explore it carefully to begin to understand it. To get you started, we've put together a few handy tips that'll help you win battles, find better cards, uncover secrets, and get into the swing of Inscryption's gameplay.

Get Up From The Table

There's a lot more going on in Inscryption than is immediately apparent. Before long, you'll realize that you can leave the table where the card game is played and wander around the dark and spooky cabin in which you find yourself. Most of the puzzles you'll be solving, especially in the first part of the game, are found in the first-person portion of the game, scattered around the cabin.

The puzzles you can find and solve around the cabin will advance the plot of Inscryption--it's not all about winning--as well as reward you with some extra cards for your deck. Later in the game, it'll be solving these puzzles that unlocks some of the best cards you can find, so make sure to get up frequently and wander around to see what you can uncover. There are secrets everywhere in this game, so explore thoroughly and don't be afraid to just try clicking stuff.

There are a lot of simple mechanics at play in Inscryption that are relatively easy to understand, but not immediately explained by the game. To understand them all, you'll need to at least glance through the rulebook, located to the left of the table when you first stand up. Note that you can also right-click on the sigils and other icons on the cards as you play--anything that has an open book icon when you mouse over it will instantly pull up the rulebook. It's important to get to know the sigils to understand how they interact with each other when you're playing the card game, but you'll also want to familiarize yourself with them for other reasons. The sigils and other rules of the card game are essential to solving Inscryption's puzzles, so it's worth spending a little time learning the rules.

Don't Be Afraid To Sacrifice Cards

The main mechanic in Inscryption's card battles, at least at first, is "sacrifice." You'll see that lots of cards have blood droplets in the top right corner that dictates how much "blood" they cost to play--with most sacrificed cards providing one blood. The point of all this is that better cards cost more blood to play, and that you shouldn't be hesitant to sacrifice weak cards to get better ones on the board. It's all about strategy, of course--you don't want to leave yourself open to attack by sacrificing key blockers at the wrong moment--but especially in tougher battles, relying too much on weak cards will hamstring you in the late game as your opponents start bringing out creatures that can steamroll your characters. Keep squirrels and cats handy and play weak cards with a plan in mind to cash them in later.

Curate Your Deck As Much As You Can

As you advance around the board, you'll find opportunities where you can do things like sacrifice one card to empower another. While it can be hard to determine what you should part with, chances to chuck things out of your deck are good, and you'll want to find smart ways to make use of these opportunities. Pay attention to the cards that aren't really working for you--whether they just sit in your hand, unplayable, or seem to have more drawbacks than benefits when you put them on the board. A card that's not helping you win isn't worth having, even if it has a lot of power or a ton of health. Think critically about what you're actually using when you play and win, because keeping a smaller, leaner deck of strong cards is better than having a larger deck with less useful ones.

It's A Roguelike--Expect To Die

Inscryption is much less about progressing through the card game portion of the game than it is about uncovering the secrets around you. While your ultimate goal is to make it through the three areas of the board game, the random nature of the cards you unlock along the way means it's going to take you a few tries. That's okay, though; as in other roguelikes, death is part of the experience, and in fact, you can't advance without it in some cases. Don't get too hung up on a specific run--instead, make sure to adventure to spaces on the board you've never seen before and to take on new challenges whenever you can. Even dying can reveal new information you'll need to succeed.

Buy Weird Things And Give Up Your Cards For Strange Rewards

Occasionally, you'll encounter opportunities to give cards away or trade them for special items. When you stumble on these moments, expect to be a little hesitant--you won't know what you're getting, most likely, and you probably won't want to part with your cards. It's important to take these opportunities when they come up, though. Using certain items and unlocking certain cards will help you solve puzzles that will advance the narrative, so feel free to take chances. As mentioned above, you're probably going to die a few times anyway, so don't get too precious about a given run. Instead, use your opportunities to learn more about the world around you. And to that effect...

Don't Be Stingy With Items

As you solve puzzle around the cabin, you're going to unlock new items that get stacked up on the side of the table, which you can deploy mid-battle to give yourself a tactical edge. It can be tempting to hold onto these for tough battles, but don't be afraid to break open a Squirrel bottle in a pinch. The Backpack sigil spaces on the board will replenish your items, and they're plentiful--so you can often get new stuff pretty easily. Pack Rat cards also give you random items when you play them, so don't hamstring yourself holding items back for the perfect moment.

What's more, some items will lead to interesting opportunities to unlock new secrets, so make sure you use them here and there to see what happens. The knife, for instance, gives you a big advantage in a losing match, but using it will also have some interesting unexpected consequences.

Use Your Death To Make OP Cards

Fall in battle twice in Inscryption, and your character will be dragged off to a locked room in the cabin and, apparently, killed. Before the character dies, however, your shadowy opponent will capture their likeness for a fresh card and you'll have the opportunity to determine its parameters. Your options are limited to random items drawn from your deck, but if you choose wisely, you can create some excellent cards when you die.

Apply your own strategy to creating death cards, but if you can grab some rare ones from defeating bosses such as the Prospector or the Angler, you can give yourself some seriously good options. We managed to create a devastating death card by combining the low cost of something like the Wolf Cub with the massive power of the rare Urayuli. With that thing on the board, you're pretty much unstoppable. The more you die, the more useful death cards you'll be able to create, and while they won't all be winners, the chances of them being very useful is high.

Deck Out Your Squirrels

Get to know the icon that lets you meet up with the Woodcarver. This strange encounter earns you major benefits--every time you meet the Woodcarver, you can grab a new piece for your totem, choosing from three different options every go. Pay attention to what kind of cards you have in your deck, whether they're wolves, birds, bugs, or squirrels, and try to snag totem items that will power up whatever you have the most of. If nothing stands out, though, then take the opportunity when you meet the Woodcarver to try to power up your Squirrel cards. You have a ton of these, and if you can get a major sigil boost that allows you to sacrifice a card for three blood instead of one, for instance, you can give yourself a massive advantage. Totems that make your Squirrels into heartier blockers or give them the power to attack can make you much more formidable, so don't sleep on chasing useful totem pieces.

Check The Skull For Free Teeth

After you progress a little way into the game and have met both the Trapper and the Trader, you'll want to pay attention to your opportunities to earn gold teeth in battles. You can do this by dealing more damage than necessary to win in a match--every point of extra damage gets converted into teeth you can then spend when you meet the Trapper. For that reason, you might not want to allow your opponent to concede too many matches, since you'll have the opportunity to earn more teeth.

Teeth are spent with the Trapper, who will sell you pelts. These cards aren't too useful in your deck except as blockers, but if you meet the Trader, you can swap the pelt cards for some much more useful ones to power your deck up. It's a bit of an involved system, but worth taking the time to visit both characters and to spend your extra teeth.

Finally, you can also grab a random number of free gold teeth on every run. Get up from the table and head to the wall beside your opponent, where you'll find a brown skull. Click the teeth in the skull and you can pry them out and keep them for yourself. There will always be at least one tooth per run, but you might find as many as four, so make sure to check for them. 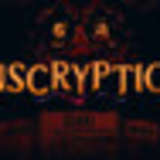