Atari parent reports losses are down over the same period last year, but so are group revenues, profits, and sales.

The latest numbers are in from Infogrames, which is today reporting its unaudited figures for the first half of its current fiscal year, April to September 2007.

Sales in the US were particularly affected, and revenue in the country fell 62 percent over last year, although the US accounts for only 16 percent of the group's total.

Gross profit for the first fiscal half was €27.6 million ($40.8 million), down 30.3 percent from last year's €44.2 million ($65.4 million). Infogrames pointed out that no major releases from the company had come out during the first six months of its financial year, and that the games due in the second half are expected to change those figures next time around. 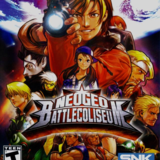