Epic Games and Chair Entertainment are ringing in the new year proclaiming big sales for their popular mobile game series. The publisher today announced that the Infinity Blade franchise has raked in revenue of $30 million since the original game debuted in December 2010.

Infinity Blade II--developed by Chair Entertainment and currently on sale in the iOS App Store for $7--launched on December 1, and it has amassed $5 million in revenue. According to Epic's figures, it took the original Infinity Blade three months to reach the same revenue mark. That game--created in just five months--went on to reach $10 million by last June, and it now sports total lifetime sales of $23 million. 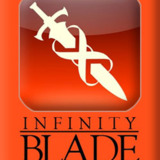