Indies Respond To Xbox One Policies

Microsoft made waves Wednesday when it announced that independent developers can self-publish on Xbox One and that every system can be used for development.

The move is a major shift from the Xbox 360's current policy and is a reversal from Microsoft's statement in May that indies would need a publishing partner to release on Xbox One. 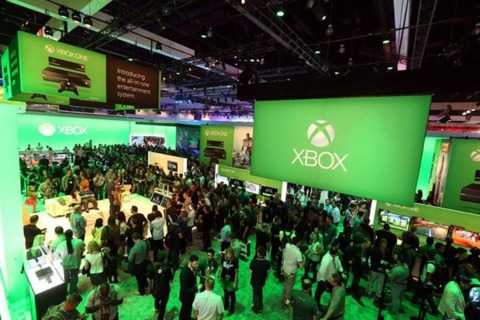 Microsoft is saving more specific information about the program for Gamescom next month, but the announcement has created a buzz with developers, media, and fans alike.

To get a better understanding of what the policy means for game development moving forward, GameSpot reached out to independent developers big and small about the changes.

We would welcome such an option. To be honest, we wouldn't let anything stop us from hitting a desired platform anyways, but a self-publishing option is attractive as we probably won't be forced to give exclusivity and a share of the royalties for basic services like QA, rating, and localization. Those services should instead be offered through certified partners at a fixed price or payment model tailored to the specific developer.

Making publishing a frictionless process for the developers is important if you want content. Discoverability is of course big a concern, but I'm sure that is also a concern for Microsoft as well. I would hate to see our next game get mixed with a sea of Free2Play and casino games.

For Owlchemy, Unity's announcement of a comprehensive partnership with Microsoft was almost as important as this announcement. Knowing that our tech will be fully supported on Xbox One and that the software and hardware may be subsidized through this partnership is huge for us. Now that we know that self-publishing is possible, it does open some doors but I can't say that we're ready to jump into bed with Microsoft just yet solely due to this announcement. Choosing partners for our products is a huge decision that we don't take lightly, almost like picking a pre-school for your baby boy or girl. You want to know that they're in good hands.

Also, we saw the writing on the wall years ago that any new console would fail if they did not allow self-publishing. I think it was the largest policy mistake of the previous generation to require publishers to be able to gain 'slots' -- a very seedy way, in my opinion, of creating artificial demand. I'm sure Microsoft has been told thousands of times by now that self-publishing will only be a positive for them, and it's great to hear that they're listening to developers in that regard.

So will Owlchemy bring a game to Xbox One? Only time will tell. One of our core tenets is to be super agile and to work with partners that make sense to our current games. At least Xbox One is now an *option*, whereas before it was completely off the table for us.

Opening up consoles to independent developers is necessary if consoles like Xbox One are to be relevant in the future. If Microsoft is committed to making their platform as unrestricted as Android and iOS, then Xbox One will have an opportunity for taking a lead role in the living room of the future.

It's definitely welcome news. I want as many people to be able to play my games as possible, and I don't see why Xbox One players should be left out. Console as dev kit also makes it a nicely risk free proposition. There are still a ton of questions we need answered about the processes, and crucially the visibility.

Sony have demonstrated the support and marketing clout they're willing to throw behind indie titles time and again, while Microsoft obviously only has the ill-fated XBLIG. We'll see, I remain optimistic. More games for more people can only be a positive thing!

We were thrilled to learn that Xbox One will be open and are eager to hear all the details. We will gleefully self-publish a new version of Shoot Many Robots that takes advantage of the new hotness if it's as good as it sounds!

I think this is a great move by Microsoft. It's good for the industry, great for developers and most importantly will be a win for gamers. It means more games, different kinds of games, and a direct relationship between gamer and developer. Everyone wins! We are certainly excited about the emergence of new digital platforms, but our focus right now remains on mobile.

There are 206 comments about this story
Load Comments (206)