Indie Royalty RPG Yes, Your Grace Has Massively Increased Its Player Base In 5 Days On Game Pass

Yes, Your Grace, a small game about making decisions on how to run a kingdom, recently released on Xbox Game Pass after hitting PCs and consoles earlier this year. In its first five days on the service, the game--which features Xbox Series X/S enhancements--has done extremely well, the publisher has now revealed.

Mike Rose, head of indie publisher No More Robots, has shared news of the game's success. In its first day, the game added 10,000 new players, and over the four days that followed it continued to add that many new players every day.

"Around 250,000 people have now played Yes, Your Grace," Rose revealed--a high number for a game like this.

Wow, an *incredible* first day for Yes, Your Grace on Game Pass
10,000s of downloads within the first 24 hours, and around 3,000 concurrent players 😮😮😮
Optimizing the game for Series X|S seems to be encouraging people to try it out! pic.twitter.com/Tf8KAJsgcb

If this pace continues, then Yes, Your Grace will roughly double its player base within two weeks--a fantastic result. Rose says that optimizing the game for the new Xbox consoles seems to have had an impact.

Rose has been very open about sales figures for No More Robots' games in the past, and has been a fascinating resource for figures and observations. Descenders, in particular, has been covered extensively as it has hit new platforms. Here's some further coverage of how these games have performed on Xbox, PS4, and Switch. 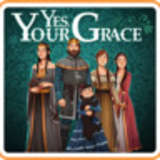