Daylight is powered by Epic Games' Unreal Engine 4. In the game, players wake up in an abandoned hospital and only have their cell phone for illumination.

The game features procedurally generated environments, meaning "no two experiences are the same," according to Zombie Studios.

Daylight is not the only game from Zombie Studios headed to PS4. The company's free-to-play shooter Blacklight: Retribution is coming to the system as the first game from Sony's Pub Fund for the PS4. 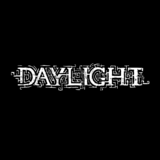