Thirty indie developers, including the makers of Hotline Miami and Unfinished Swan, have teamed up for a Kickstarter campaign to develop 30 games for $15; proceeds will go toward funding LA Game Space.

The LA Game Space will be designed as a non-profit centre for video game art, design, and research, offering exhibitions, workshops, and residencies available both at the site and online. The project has been underway for three years, and has enlisted the help of 30 independent game developers to launch a Kickstarter campaign to help with funding.

Each developer enlisted in the campaign, including the minds behind games such as Hotline Miami, Unfinished Swan, QWOP, and the Bit.Trip series, will develop a new game specifically for the project.

A game pack that will include all 30 games will be available for $15. For those wishing to donate more, other prizes include a founder credit, t-shirts, colour prints, and pixel portraits. 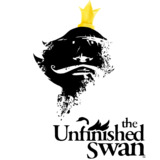