"So far, I have made $0 from the game," creator of Where The Water Tastes Like Wine says.

Gone Home developer Johnnemann Nordhagen released his newest game, the American folklore title Where The Water Tastes Like Wine, in February. Ahead of launch, the signs looked positive that it would find an audience--it was covered in the press, people were talking about it, and it got a jolt of hype thanks to Sting's involvement. Unfortunately for Nordhagen, the game was not the success he would have wanted from a commercial perspective. In a frank and sobering postmortem on Medium, Nordhagen discussed Where The Water Taste Like Wine's success and shortcomings, and one of the most noteworthy bits is that he has made $0 from the game so far.

That doesn't mean the game has sold zero copies, but instead that Nordhagen hasn't seen any money after paying all of his contractors and collaborations. He reportedly spent around $140,000 out of his own pocket to pay his collaborators.

"So far, I have made $0 from the game," he wrote. "That may look like a high number, but consider that it took four years to make — that works out to approximately $0/year. Compared to the $120,000+/year salary of a 15-year veteran in a AAA studio, it begins to look a lot smaller! And then if I go into the hourly breakdown… I don't have an actual count of hours spent making the game, but there was a lot of crunch that went into it, so I am guesstimating I made about $0/hour. That's not a lot!"

"And then once you factor in the ~$140,000 I spent paying my contractors and collaborators for the game, you begin to see that maybe it wasn’t, financially speaking, worth it. I guess I will have to wait a bit longer to buy that Juicero."

In all seriousness, Nordhagen said Where The Water Tastes Like Wine's commercial prospects have been "dismal" and "terrifying."

"At the end of the day it's astounding that a game that got this much attention from the press, that won awards, that had an all-star cast of writers and performers, that had a bizarre celebrity guest appearance(!) failed this hard. It scares me," he wrote.

Nordhagen said he will be OK financially for the time being. He mentioned that he doesn't own a home and only has his own bills to pay. Additionally, he moved out of San Francisco, which is one of the most expensive places to live in the USA. He still has money in the bank, and he sounds optimistic about the future, saying his skills should help him pay the bills by other means. Despite the game being a commercial failure, Nordhagen said he was happy to have had the opportunity to work with--and of course pay--all the voice actors and writers.

Nordhagen is a video game industry veteran, having worked as an Online QA Analyst and Software Engineer at Sony before joining 2K Marin as a programmer for BioShock 2. He co-founded Gone Home studio Fullbright before going on to establish Dim Bulb Games.

Looking ahead, Nordhagen said he wants to try to continue to make indie games, but he's not banking on being able to make much money from this. What happened to Where The Water Tastes Like Wine might signal tough times ahead for the indie game market.

"WTWTLW could have been a non-commercial game, but it would have had to be very different," Nordhagen said. "It would be far less polished, it wouldn’t have had the collaborators that it did, I could not have paid people who couldn’t afford to work for revenue share or for the love of the game (thus, I fear, cutting out some of the most valuable voices that this game was a platform for). I could have developed it as a side project, but it took me 4 years as is. Basically, I'm not sure that games like this one can continue to be made in the current market."

That all being said, Nordhagen said he believes experimental games can still be successful, though the lack of a guaranteed return on investment may scare some away. "I have faith that some projects of small indie studios will continue to be successful --if they can take the risk," he said. "I wish it were easier."

As for why things didn't go so well with Where The Water Tastes Like Wine, Nordhagen said the game was "too big" and too ambitious for a single person to make. Gone Home took a year and 9 months to make, while Where The Water Tastes Like Wine took four years. Nordhagen also said the game's controls on PC were fined-tuned for gamepad instead of mouse and keyboard, while both of its principal artists left the project "just as we were figuring out what the game was." Nordhagen also admitted that he "didn't originally have the knowledge I needed to tackle many of the issues I encountered during development." What's more, he admitted that the game could have benefited from more playtesting.

Nordhagen stressed that while sales could have been better, he doesn't see the game as a flop or a failure across the board. He is proud of the game's striking art style, its beautiful and distinctive music, and the support he received from publisher Good Shepherd. He added that he was happy to work with unionized voice actors and was proud of the writing team he assembled to craft the game's various stories.

Also in the post, Nordhagen said he hasn't given up on attracting new players. In fact, he teased that he has "a lot of work planned" to bring in new players. For existing players, a new patch is coming this week with new features to help people learn how to play and what makes the game unique. Additionally, a patch will help make the late-game experience "more rewarding." And in May, more content, including new vignettes, will be released. 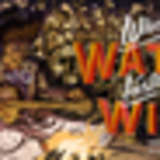 View Comments (202)
Where the Water Tastes Like Wine
PC