SMG Studio has been tracking Nintendo Switch sales for their game Death Squared to see how different sales and events have impacted it, and one spike is surprising.

Death Squared, an indie co-op game that launched in 2017 and has had more success on Switch than on other systems, has gone on sale on the Switch Eshop several times since launch. In a new report by Nintendo Life, SMG Studios CEO Ashley Ringrose has discussed how discounts have impacted the games sales, and has drawn an unexpected correlation between the game's availability on another system and its sales on Switch.

As you might expect, the game's biggest sales came when the price was discounted by 90%, but big discounts weren't the only sales driver. The game joined Xbox Game Pass in February 2020, and Ringrose attributes this with a rise in Switch sales.

Ringrose says that they've seen a slight increase since the game went to Xbox's service, which he think is because, while not everyone has an Xbox, "many people have a friend who does," and have likely discovered it while gaming with them. "You get more coverage and mentions organically now as more people have access to the game," he says.

Death Squared is far from the only game to see an increase in sales thanks to Game Pass. Descenders, a mountain bike game, saw a huge spike in sales after going to Xbox Game Pass, which has continued ever since--and as such, the game will remain on the service for a long time.

The full article at Nintendo Life is full of great insight from Ringrose. The game has sold over 150,000 copies on Switch, and close to 300,000 overall; Ringrose says that the game will be made free if they reach 250,000 sales on Nintendo's platform.

Earlier this year, SMG Studios released Moving Out for Switch, PS4, Xbox One, and PC. It's also available on Xbox Game Pass. 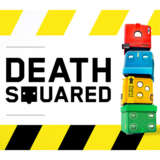