More than 40 entrants will be showcased at the annual Game Developers Conference in March.

The Independent Games Festival has announced the entrants for its upcoming independent game developer showcase to be held during the annual Game Developers Conference, which will be held in San Jose, Calif., on March 21-23, 2002. The festival will include 44 entrants from around the world, and it will feature a grand prize of $15,000 for the recipient of the Seumas McNally Award for Independent Game of the Year. Previous recipients of the award include Nexon's Shattered Galaxy, Longbow Digital Arts' Tread Marks, and Singularity Software's Fire and Darkness.

Entrants for the Independent Games Festival:

"The response to this year's event has been fantastic," said Alex Dunne, chairman, Independent Games Festival. "The number of international submissions, representing so many different game genres and perspectives on video game design, not only indicate the popularity of video games as a form of entertainment, but demonstrate that the number of talented technical people around the world who develop them is rapidly growing. The competition for the 2002 awards is sure to be the strongest yet."

For more information about the upcoming Independent Games Festival and the entrants, visit the show's official Web site. 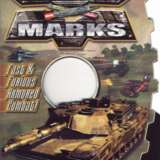