Incoming: Which New Releases Do You Care About Most?

Diablo III is far and away the most anticipated of next week's releases for GameSpot readers; Max Payne 3 for Xbox 360 triples the PS3 version's followers.

It doesn't take a supremely insightful industry watcher to suggest that next week's biggest releases are going to be Blizzard Entertainment's long-awaited PC dungeon crawler Diablo III and Rockstar Games' shooter Max Payne 3. However, with a little bit of data, it's possible to provide a slightly more informed perspective on how big those releases are. 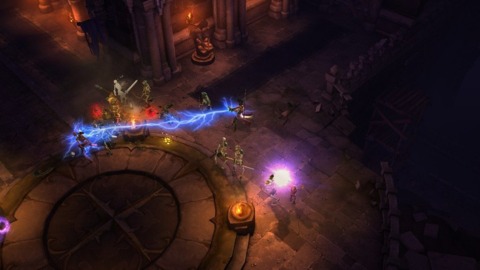 Diablo III is next week's most anticipated release by a mile, going by GameSpot user follow figures.

The following list shows all the games we believe are going to launch next week, as pulled from publisher announcements, retailer release lists, and other information. We've listed them in order based on the total number of GameSpot users following each title on each platform, as of Thursday, May 10. Every game-specific page on the site has a "Follow" button under the box art that registered users can click to receive updates about the games they care about whenever there's new content posted, so it provides some indication as to focused user interest surrounding a specific title.

Looking at the numbers, Diablo III is the most followed of next week's releases by a mile. The PC-exclusive action role-playing game has roughly six times as many followers as the Xbox 360 and PlayStation 3 versions of Max Payne 3 combined. Speaking of Rockstar's revamp, the Xbox 360 version has been followed more than the PS3 edition by a nearly 3:1 ratio.

Perhaps most surprising among the week's revelations is the performance of Resident Evil: Operation Raccoon City for the PC.

Other multiplatform games reflect different system preferences, as the PC version of Game of Thrones is the most followed among GameSpot users (though all are in the same ballpark), while the PS3 version of Sonic the Hedgehog 4: Episode II has a clear follower advantage over the Xbox 360 edition. The PC version of Sonic's next adventure must have pulled a hammy, as it comes up far short of its console counterparts.

Perhaps most surprising among the week's revelations is the performance of Resident Evil: Operation Raccoon City for the PC. The Xbox 360 and PS3 versions of the game were released in March to a tepid critical reception, but plenty of GameSpotters still want to keep tabs on Capcom's tardy PC port, following it more than the PS3 version of Max Payne 3.