Inafune on the sad state of Japanese gaming

Comcept founder and former Capcom exec explains why Japan isn't producing hits on par with Skyrim or Call of Duty, says he'd be willing to collaborate with Capcom on a new Mega Man.

Despite years of hand-wringing over the waning Japanese game industry, former Mega Man series producer Keiji Inafune believes the state of game development in the island nation has shown no improvement. If anything, he believes it has gotten worse.

During last week's Game Developers Conference, Inafune took time aside to talk with GameSpot about a range of topics, from Japan's myopic game publishers to the rise of indies and smartphone gaming and his wish list for next-gen consoles. He also addressed his new multimedia company Comcept, confirmed plans to launch its debut title internationally, and teased big collaborations with surprising partners.

GameSpot: At Capcom, you were vocal about the dire state of Japanese game development. What do you think of its current state and what are the biggest problems it faces today?

Keiji Inafune: I had wanted Japanese games to be better. But looking back on the last couple of years, it hasn't changed. I had hoped it would have gone better, but because it hasn't changed, it's probably gotten worse. But compared to when I started being vocal, now everybody knows for sure that it's not in a good state. They just haven't come to a conclusion as to what they should do, so I'm still hoping it will be better.

GS: What are the biggest specific problems with it today?

KI: There are a lot of specific problems, but a good example would be that this is GDC. It's the Game Developers Conference. Out of the Japanese creators, how many of the major ones are here at the show? It's very limited, and that itself states that Japan is not taking global business seriously. They should be here at the show, giving sessions and mingling with the rest of the world more, intentionally. But I don't see that, and that's one of the biggest problems...that Japan is not looking at the global perspective. We all know for sure that we have to go global, but the actions are not there.

GS: How would the rest of the game industry benefit from a healthy Japanese development scene?

KI: I believe that in Western or other parts of the world, they all liked Japanese games from the past and benefitted from them. They had a significant amount of influence in game development around the world, but that's all from the past. Because Japan is not in a healthy state right now, not everybody is being influenced by us now. If Japan was in a healthy state, it could influence developers from the rest of the world.

"[Japanese games] had a significant amount of influence in game development around the world, but that's all from the past."

GS: Do you see the Western game industry as a perfectly healthy model to follow?

KI: There are great big franchises like Skyrim, great titles for the iOS, the Call of Duty franchise, of course. But in Japan, there is nothing like Call of Duty or a similar franchise, so there aren't any titles spending a lot of development costs. There's nothing big, and no iOS titles that can go global. Though the Western development scene may have its own problems, it's way healthier than the state of Japan right now.

GS: Comcept is set up to work on a lot more than just games. Why did you feel the need to branch out into other media?

KI: Let's look back on a couple of years ago, when somebody said "games" it was all PlayStation and Xbox, very console oriented. But now there's the DS and the handheld market, social and mobile gaming…The definition of games has come to change over the years. Maybe right now we're moving toward [a point] where we don't necessarily need a device. At Comcept, all of my inspiration is based on game creation, but the output doesn't necessarily have to be "PlayStation" or "console." A lot of the entertainment I come up with is derived from that inspiration, so I don't feel like I'm doing something so different.

GS: There's a "Collaboration" section on your website, but it's empty right now. What sort of people are you looking to collaborate with?

KI: It's amazing because we just opened our English website today, so I'm happy you mentioned it. Under Collaboration, it probably said "Coming Soon." I'm looking to announce big collaborations with people you didn't imagine before, and it doesn't necessarily have to be games. Because I'm on my own and away from my past life, I want to do whatever I couldn't do before in my former responsibilities. So I really want you to stay tuned and we really want to announce big collaborations.

"I'm looking to announce big collaborations with people you didn't imagine before."

GS: [To translator]: Did I hear him mention Capcom there?

Translator: Yes, he wants to do big collaborations he couldn't have done when he was at Capcom.

KI: But if we came up with a collaboration with Capcom, that would surprise you as well, right? It's not on my list right now, but it could happen.

GS: With the rise of tablet and smartphone gaming, there seems to be a negative sentiment toward traditional gaming handhelds like the Vita and 3DS. Given that King of Pirates is a 3DS game, I assume you don't share that pessimism?

KI: I don't see pessimism for the change because they can coexist. Probably the difference between dedicated games and these smartphone games is the play duration of the game. You wouldn't play a smartphone game for two hours straight, but if you have a Vita or a 3DS, you would do that easily. If I only have a couple of minutes on the train or waiting for a dentist appointment, I would probably play my smartphone games. But if I had time to sit down and play the Vita, I would. So I'm not too pessimistic about the whole movement, but you're right that there will probably be a different balance because it takes a different amount of time to create these different games as well.

GS: Can we expect a worldwide release for King of Pirates?

GS: As creator, what would you like to see out of the next generation of consoles?

KI: More than the spec or the insides, what I want to see in the next generation is that development costs go down. Lately, it's only going up, and it's making it hard for creators to make great games in a short time. The more the development cost goes up, it's going to directly affect the users because the retail prices have to go up. That defeats the purpose in general. So no matter how the hardware developers come up with good hardware, it doesn't mean anything if we can't create games for it.

GS: Is there any need for new hardware then?

KI: Like I said, it doesn't mean anything if the cost is only going to go up. But there's definitely a need for evolution in the gaming industry and the hardware industry as well. Unless there's evolution there, both creators and gamers are going to stop growing.

GS: One big evolution in recent years has been motion controls. How do you think they've done so far? Are they a fad or the future?

KI: I don't see it as a fad. When there's evolution, there's always challenge and trial. I see it as in the midst of growing and stepping up. With what you see in the Kinect and motion-control devices, we're in the trial stage, and that's necessary for growing. We're still trying to define if it is the future or just a step in some other growth. But we're interested to see where it's going.

GS: What are your thoughts on the Wii U so far?

KI: I can't comment too much about it because I haven't touched it yet, but whenever Nintendo comes out with something new, it's always good. So I'm confident it must be impressive. If I get a chance, I always want to try out creating for a new platform. So I'm looking forward to that chance. The same thing could go for the Wii U because it's part of the challenge in evolution, and it's a challenge in motion control. It's in that testing stage, so I'm really interested.

What you see with Apple, they've been attacking different challenges, but they change the world with every product they come out with. They instantly come up with a solution, and we have to remember that is rare. In the ordinary world, there's always a trial-and-error process. That's why Steve Jobs is considered a genius. But in an ordinary world, we try, we challenge, we evolve, and it takes time. What we're doing in the gaming industry is understandable.

"I probably feel the same way as all the Mega Man fans."

KI: Of course I don't believe it will all coexist in the future. We're in a constantly changing world. It probably won't become one system, but it will narrow down to a couple, at least two business models. Each model has its good side and bad side. Free-to-play is good for the consumers, but it's not necessarily good for the people running the business. It's sort of like the tax system. If taxes are really low, it's good for individual people, but it's not necessarily good to keep the country going. It's a matter of balance.

GS: What do you think of the growth of indie games?

KI: It's a very good thing that there's growth in indie games. There are more people playing games, but it also means there are more people creating games. A couple of years ago, there were more hurdles to game creation. You had to work for a game company and it was a long path before you were the person to create games. The opportunities are much wider now. This is a country of opportunity. America has always had that, but this is a global movement. Everybody gets a chance to try. Now the big creators are thinking, "Oh my god, there are more creators running after us! We have to keep creating good games or our throne is going to be taken over." It creates a good competition, so it's very healthy.

GS: What do you think of the way Capcom has handled Mega Man lately?

KI: [Laughs] I have to be careful with the Capcom questions. I probably feel the same way as all the Mega Man fans. All I can say is I hope to see the new Mega Man because I've left a lot of people with my DNA [at Capcom]. But if they can't, I'm always open if Capcom asks us to be the developer. We'd take it. 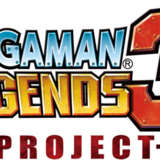