Tom explains why you shouldn't ignore games in the middle of the rating spectrum.

What is it about the number six that causes people to scurry away in fear?

Yesterday, I posted my review for the Xbox 360 and PlayStation 3 game NeverDead. To put it bluntly, there are two sections in this game that are so aggravating I had to physically remove myself from their presence lest I smash my controller, television, and everything else of value residing near my desk into millions of pieces. Yet, despite the anger that it caused deep inside me, I actually liked it. In fact, after finishing one version of the game, I gleefully played through the first half on the other system in one sitting. Is it flawed? Oh yes, very much so. But like many games that my colleagues and I give a six to, it's ultimately a lot of fun and definitely worth playing. 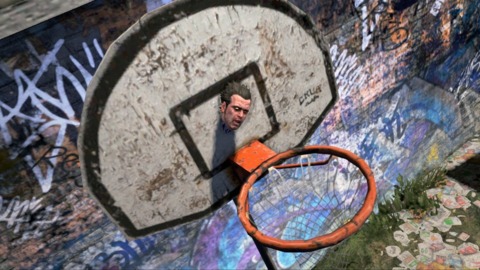 We all have limits on how low we're willing to go when it comes to review scores. When a game that I'm interested in gets a six from GameSpot or one of the other sites I frequent, such a score manifests a shred of doubt in my mind. Considering how skewed scores often are--I've seen many jokes about the supposed 7-10 scale reviewers employ--a game has to be close to putrid to crash below that magic threshold, right? Well, yes and no.

Forgive me for just one second. There is a word that GameSpot has banned from its lexicon because its overuse through the years has devalued its impact. However, falling back on an old standby is the easiest way for me to communicate my thoughts. Polish. It's one of those words that encompass an idea so vast that it's hard to pinpoint exactly what it means, but I'll give it a try. A game that's considered to be "polished" generally avoids technical pitfalls that can pull you out of the experience. These include visual glitches (collision detection, wonky camera, inhuman animations), presentation snafus (bad lip syncing, lousy voice acting, indecipherable story), or gameplay hindrances (finicky controls, uneven difficulty, severe repetition).

A game has to be close to putrid to crash below that magic threshold, right? Well, yes and no.

For many of us, so much time is spent playing extremely polished games that when we sully our hands with something rough around the edges, it feels downright archaic. "There are standards!" I want to yell at the television. "How can you possibly mess up one of the fundamental qualities of a good game?" In fact, when my temper gets the better of me, I do yell nasty things at these seemingly incomplete games. But, you know what? I would often rather spend time with a work in progress than a big-budget affair that lacks any discernable problems--but also lacks any soul.

Take, for instance, a novel real-time strategy game Kevin VanOrd reviewed last year: Achron. After playing this PC exclusive, you begin to realize how important artificial intelligence and pathfinding are; things you often take for granted. But Achron glossed over these fundamental elements to focus on its one huge innovation: time manipulation. To explain how a match functions in this game would require a Ph.D. in time travel, so I won't bother with the details. But just know that a game out there exists where you can fight your opponent in the past, future, and present all at one time, which actually works like it should. Yes, this is a real thing. 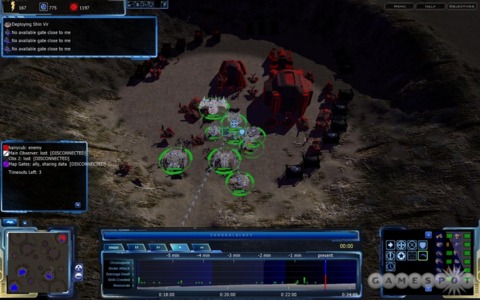 Just because you can't see time manipulation doesn't mean it's not there.

Every game must adhere to a finite budget. And, with limited funding, there is only so much time available to work on core values when you're trying to reinvent the wheel. So, in NeverDead, you can play fetch with a demonic hound using your arm and then detonate your arm to kill an entire pack of the beasts. But, you have to deal with horrible difficulty spikes. Alpha Protocol has an incredibly in-depth and flexible conversation system, but the gameplay is kind of crappy. Flower, Sun, and Rain has imaginatively twisted puzzles, but you get lost every few minutes. These games all offer unique experiences, but you have to put up with a lot of jank. Is the trade-off worth it? Often times, yes.

The fact that so many of these games are worth playing despite their "low" scores (I haven't even mentioned Disney Epic Mickey, Alone in the Dark, Wanted: Weapons of Fate, or many others) shows how tricky it can be to properly rate games. For better or worse, we use scores as an objective measurement of a game's quality. I realize this is a ridiculous statement (objectively analyzing art), but bear with me. When a game is saddled with noteworthy flaws, we have to lower the score in turn; we can't just ignore problems. But because so many games hover around an eight, it's hard to take something drastically lower than that seriously. Ultimately, we have to fight against the perception of what scores mean. Polish, at least in my eyes, is not the most important element of a game. Innovation is what fuels the industry. New ideas are what make me excited to come to work each day.

Games that score a six or--heaven forbid!--a five can still be a lot of fun. I really hope that people (myself included) can look past a score that seems a tad low. The games I have mentioned in this editorial are not for everyone. It's difficult to look past some of their problems because they infect every other part of the game, even the good stuff. But please don't turn up your nose when you see a six plastered at the top of the screen. Who knows? It may turn out to be one of your guilty pleasures.