The 1994 classic has been reimagined with modern graphics and new content.

With no sign of an official remake after decades, the classic Star Wars: TIE Fighter has been remade by fans as a total conversion mod with an impressive scope. While the game it builds on, X-Wing Alliance, is also pretty old, it makes use of an existing X-Wing Alliance mod that provides impressive visual updates.

Star Wars: TIE Fighter was the first ever Star Wars game that was played from the villain's side, and while many games have since included playable Sith characters and Dark Side routes, not many have followed a rank-and-file member of the Galactic Empire like TIE Fighter did.

Fans of the original concept have been working hard to modernise the 1994 original in the form of a total conversion mod for 1999's X-Wing Alliance--while also making use of the X-Wing Alliance Upgrade, a massive fan project that has seen the decades-old game upgraded in both content and quality.

The modders behind the TIE Fighter Total Conversion project have been building a version of the original TIE Fighter game on top of this already massive fan upgrade, resulting in a mod that, in their own words, imagines "how TIE Fighter could've been had the technology of the time not limited it." The mod includes all the content from the original game and its two expansions, Defender of the Empire and Enemies of the Empire, as well as reimagined campaigns that expand on the original content.

You can play the reimagined TIE Fighter now, which requires a clean copy of X-Wing Alliance on Steam or GOG. The modders have released a video explaining how to get the game running for anyone who wants to check it out. 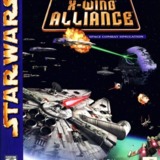