Immortals: Fenyx Rising is Ubisoft's next big open-world adventure, and now you can preorder it ahead of its release on PS5, Xbox Series X, PS4, Xbox One, Switch, and PC this year.

Originally titled Gods & Monsters, Ubisoft's Immortals Fenyx Rising was unveiled during the company's recent Ubisoft Forward event. The open-world adventure releases December 3, and preorders are open right now. It's available on a bunch of different platforms--including the PS5, Xbox Series X, and Nintendo Switch--and there are two different editions to choose from. It's even discounted on Amazon.

Immortals Fenyx Rising's release date is just a couple of months away, so if you're interested in preordering ahead of time and getting the extra preorder bonuses, then you'll want to do it soon. Thankfully, if you buy the PS4 or Xbox One versions, you'll get a free upgrade to the PS5 and Xbox Series X versions respectively. That means you can play on the current-gen consoles this year and pick up a next-gen console somewhere down the line--you won't have to worry about paying extra for the upgraded version.

The recently released gameplay trailer shows that Immortals Fenyx Rising takes a lot of inspiration from The Legend of Zelda: Breath of the Wild. It's an open-world action game based on Greek mythology, and the world features many different enemies and climates based on said myths. You'll also be making use of different Greek gods' powers to help you traverse the world and trounce your opponents.

Preordering Immortals Fenyx Rising gets you a bonus quest called A Tale of Fire and Lightning. Once you complete it, you'll unlock the Blazing Wings. It's unclear if this is a cosmetic item or different from the wings you unlock in the main game. 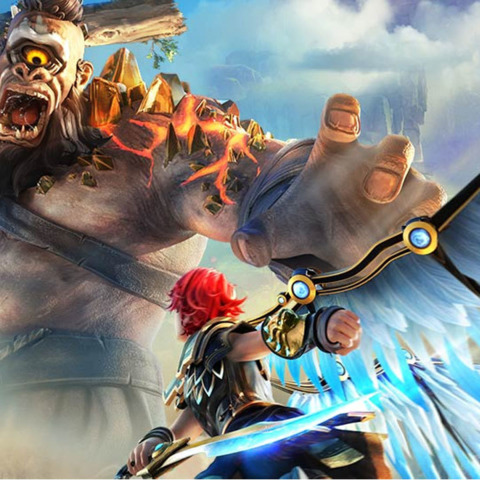 The standard edition of Immortals Fenyx Rising comes with the base game and the aforementioned bonuses (if you preorder). It can also be purchased digitally on PS4, Xbox One, PC, and, eventually, the Nintendo eShop.

Note that the game is currently on sale for $49.94 at Amazon. It's still listed under the game's old name, Gods & Monsters. 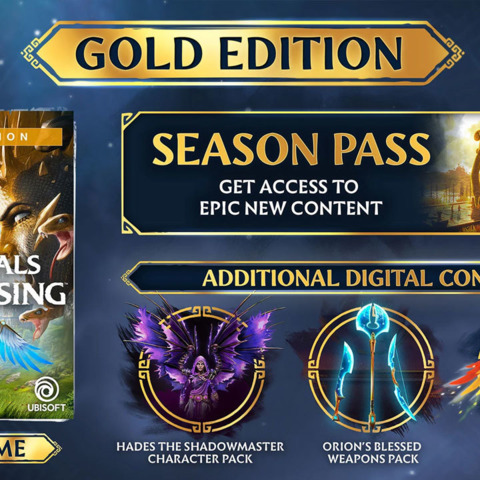 The Gold edition comes with the base game, season pass, and a number of additional items as well as the preorder bonuses. It's unclear what the season pass will bring to Immortals Fenyx Rising post-release, but the additional content includes the Hades the Shadowmaster character pack, the Orion's Blessed Weapons pack, and the Prism Wings. This edition can also be purchased digitally on PS4, Xbox One, and PC. This version is only available digitally on Nintendo Switch.

See at Ubisoft
See at GameStop