Immortals Fenyx Rising Gets A Huge Discount At Amazon

Just a month after its launch, Ubisoft's latest open-world sandbox is on sale for a great price for PS4/PS5 and Xbox One/Xbox Series X.

Immortals Fenyx Rising released in December, but you can already save big on Ubisoft's latest IP at Amazon. Amazon is selling Immortals Fenyx Rising on Xbox One/Xbox Series X and PS4/PS5 for only $30, down from $60. We've seen some nice discounts on Ubisoft's latest open-world adventure over the past few weeks, but this deal matches its lowest price yet.

The deal is available for physical editions on PS4, PS5, and Xbox One. The PS4 disc works on PS5 as well and comes with a free upgrade. The Xbox One version also comes with a free upgrade for Xbox Series X|S. The only downside of this deal is that you'll have to wait a few weeks to get the game. Amazon doesn't expect to have copies on hand until January 19. 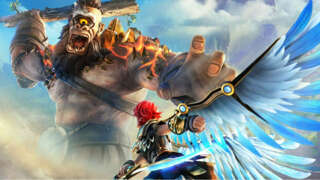 Immortals Fenyx Rising might share a lot of visual and gameplay similarities to The Legend of Zelda: Breath of the Wild, but its many engaging puzzles and methods of solving them make it a worthwhile journey in its own right. In our Immortals Fenyx Rising review, critic Suriel Vazquez wrote, "But even as it lives in the shadow of better games, its puzzles, combat, and open-world loop come together often enough for me to not only see it through for a few dozen hours, but also want to keep filling out its almighty checklist, even if it led me by the nose most of the way through."