The Violent Video Games Law and the Sexually Explicit Video Games Law (SEVGL), introduced last December by Rep. Linda Chapa LaVia (D-Aurora), were set to go into effect January 1, 2006. Had they stood, the laws would have limited the sale and/or rental of games with violent and sexually explicit content. Retailers caught renting or selling such games to persons 18 or under would have been fined up to $1,000 for violating the statute.

The Illinois Retail Merchants Association joined the Entertainment Software Association and the Video Software Dealers Association as a co-plaintiff in the suit, which was filed in United States District Court for the Northern District of Illinois, Eastern Division.

In a 53-page ruling, Judge Kennelly defended games as a protected form of free speech and dismissed the state's scientific evidence suggesting causal links between violent games and violent behavior. He called the wording of the laws unconstitutionally vague. In particular, he took the Sexually Explicit Video Games Law to task for parroting the language of traditional obscenity laws but omitting key parts that ensure a work's merit as a whole will be taken into consideration when determining its legality. He specifically brought up the recently released action game God of War and mentioned the game's minigame in which main character Kratos has implied sexual relations with two women.

"Because of this one scene, a game such as God of War, which essentially parallels a classic book like The Odyssey, likely would be prohibited for minors under the SEVGL, because the statute allows a game to be regulated based on one scene without regard to the value of the game as a whole. Such a sweeping regulation on speech--even sexually explicit speech--is unconstitutional even if aimed at protecting minors."

Last month a Michigan law imposing restrictions on the sale of violent games to minors was temporarily blocked. A pending California gaming law set to go into effect January 1, 2006, has also precipitated a lawsuit from the ESA and the VSDA, but no ruling has been made in that case as of yet.

In other game legislation news, New York Senator Hillary Clinton said she will introduce federal legislation to restrict the sale of violent games to minors when Congress next reconvenes. 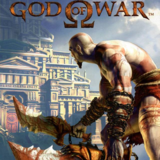