If You're Not Playing Diablo III Hardcore, You're Doing It Wrong

Nothing is beautiful and everything hurts; why you should embrace death in the Diablo universe.

Let me put this as simply as I can: If you're playing Diablo III and not playing Hardcore, you're doing it wrong. Playing Hardcore means different things in different games, but the most important difference in Diablo III and almost all cases is permanent death. Once your character is dead, that's it. No coming back.

It's more challenging, it's more exciting, and, above all, it's just more fun. You have no idea how attached you can get to a character until you've gone through 90 levels of Hardcore Diablo II with them, battling bosses, fleeing from lightning-charged cow kings, and having more than half an eye out for sneaky hydra-sorcs. 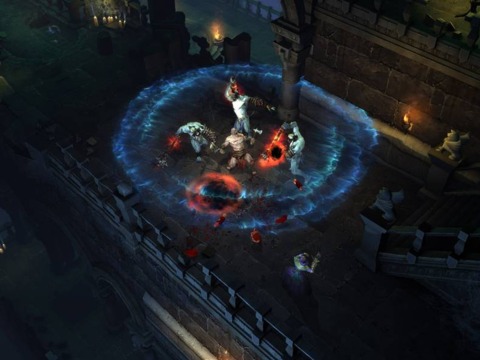 Diablo III is gloomy and atmospheric, but the tension only becomes real when death carries a penalty. Actual jeopardy is nearly non-existent in games these days; we've been coddled with auto-saves, checkpointing, and infinite lives, and gaming is the poorer for it.

What once were cheats have now become necessities and common features, and we seem to have forgotten the damage they do. Without jeopardy, where is the challenge? Without real risk there can be no real reward. We've been suckered in en masse with ever-bigger explosions--but they're a poor substitute for actual jeopardy.

The reasons you should play Hardcore run deeper than that, though. It's not just about making the game more of an experience, it's about experiencing the genre in the way it's meant to be played.

You can draw a direct line of descent from 1980s Rogue to Diablo III. This line passes through all manner of roguelikes, Nethack foremost among them. Nethack has persisted for 25 years as generations of players throw themselves at its mercy in an attempt to achieve ascension. While Diablo and its sequels are a mere shadow of true roguelikes thanks to their linearity, action gameplay, and lack of difficulty, they do have one thing in common: permadeath.

It's the economy, stupid

It's not just a short-term selfish benefit, either. In softcore, where there is a real-money auction house, the economy will soon become flooded with exceptionally high-level characters doing endless (probably botted) boss runs that will flood it with high-level items. These items will naturally lose their value, and there will be little to actually strive for. In Hardcore, this process will take much longer and the higher-level uniques will still be something to really fight over--and that's all ignoring the most obvious benefit of Hardcore.

I have no interest in paying real money for my Diablo items, and don't want to be in the same world as those who do.

In Hardcore, there will be no real-money auction house. If you were looking for a clear sign from Blizzard's game designers (rather than Activision's beancounters) that Hardcore was the way to go, this has to be it. In Diablo II, the online economy in normal mode swiftly went to the dogs--but in Hardcore, it kept going in a sensible way for much much longer. This will be the case in Hardcore as the real-money auction house is too big of a draw for those looking to exploit the system, and the risks of losing a high-level character too great to allow for botting of inferno boss runs.

It also keeps the playing field level. I have no interest in paying real money for my Diablo items, and don't want to be in the same world as the vast majority of those who do. Of course there will still be a black market--though I suspect IRC and dodgy Usenet groups might not be as much of a tool for the black marketeers this time around--but it'll be marginalised, as it should be.

Hardcore may seem like a fool's errand or a hiding to nothing, but it really is the best way of playing the game. It will show you what gaming is meant to be like--you will feel terror like you never have before, and satisfaction unlike anything else you've felt in gaming for a decade. 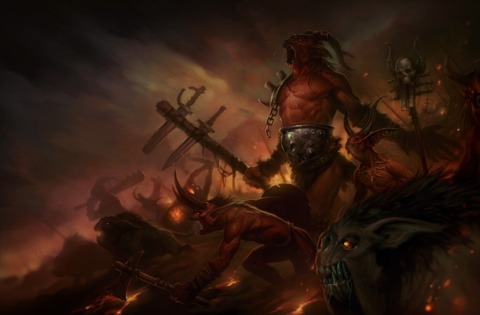 It would be remiss of me not to warn you about the lows, too. You will beat your keyboard in rage, smother your expensive monitor in your beverage of choice, and swear more creatively than you ever thought possible, but it'll be worth it. Make sure you bring friends with you to share the good times, loot your corpse when you pop--and raise a glass with you when your favourite character finally bites the dust. You really haven't experienced the full gamut of gaming emotion until you've attended a wake for a level 94 barbarian--and I assure you, Kai was toasted well.

It's all totally worth it though. And remember: if you're playing Diablo III and not playing Hardcore, you're doing it wrong.

There are 531 comments about this story
Load Comments (531)