If The Sims had a baby with Animal Crossing and posted about it on Facebook, you'd have Tomodachi Life

We talk with Nintendo's Bill Trinen about bringing one of the most unique experiences on 3DS over to the West.

Sometimes Nintendo seems like a mix of completely opposing mindsets. On the one hand, they can be painfully slow to adapt to new technologies--back in 2004 when the Xbox was making online multiplayer mainstream, Nintendo infamously said, "Customers do not want online games." And the 3DS and Wii U have only recently gotten unified accounts. But this is the same company that also revolutionized movement in games with the Wii, attracting a wider audience to gaming than any console before, and they take chances with their first-party titles that no other developer would dare. And nowhere is that more apparent than in Tomodachi Life.

Satoru Iwata, the president of Nintendo, leaked the news earlier this year that the Tomodachi series was coming to the West, but the video above really shows what the game is like. A quirky mash-up of The Sims, Animal Crossing, and unbelievable weirdness. In an interview with Nintendo's senior product marketing manager Bill Trinen regarding the game's release, he told GameSpot, "Tomodachi Life is unique in that it's almost not even a typical game. People may look at it and assume it's some sort of simulation. But really the game is its own living, breathing world where unexpected things happen to the people that you know and love. Tomodachi, being the Japanese word for friend, is about bringing your friends, your family, the people that you know, into the world and seeing the funny antics that occur."

Why It Took So Long

The game series has been around since 2009 in Japan when it released on the original DS, and a 3DS version came out there last year. But while I assumed that the game would never get an English release because it was just too weird, too niche, Trinen says that wasn't the case. "Tomodachi Life has a universal appeal regardless of whether you're in Japan or in the United States."

"With the original DS version," Trinen said, "we looked very hard at potentially trying to bring it over to the US. We've had Mii characters for a while and you've been able to create and play as a Mii character within a game, but typically their actions and what they do in that game has really been limited to some physical motions, they've never really had their own personality or their own voice.

With the original DS version, we looked very hard at potentially trying to bring it over to the US. -- Bill Trinen

"In Tomodachi Life, a very key component of the game, and what's really important to you as a player in terms of building that connection with these Mii versions of your friends and family, is that they have their own personality. Each individual character has a voice that you can customize, and they'll actually speak. That's done through a voice generation library on the software. We weren't able to do that on the DS in the US. It's much easier to do in Japanese because Japanese is a phonetic-based language; English is much more difficult.

"So part of the reason that it didn't come out on DS, and part of the reason that it's taken a long time for us to release on 3DS here in North America has been all the work that's put into creating this library to handle English and the other languages and to get it to work well in a way that helps you connect to those characters and helps bring their personalities to life."

Regardless of the game's potential wider appeal, the original Tomodachi game had a lot of distinctly Japanese elements. But, like Animal Crossing, Trinen says that they didn't change the gameplay when localizing: "The core structure of Tomodachi Life is as it existed in the original Japanese version."

"What they're doing is they're going in and they're finding those places where they can change some of those moments that exist in there or help create some new unexpected moments that might be more relatable for a US audience," Trinen explained. "One good example is that, in the US version, instead of having sing-offs, there are rap battles. Where you have the characters going back and forth trying to defeat one another in a rap battle. You may see some video of Reggie and Mr. Iwata going at it sometime soon.

"There was also a sumo game in the original Japanese Tomodachi Life, and while sumo is vaguely familiar to people here in North America, they don't quite understand the rules or the mechanics behind it. So that was changed into a North American equivalent of a football game where you've got two big blockers who are going at each other and trying to knock one another off balance."

Tomodachi Life is going to be $35, whether you buy it as a retail game or digitally. But even after watching the game in action, Trinen admits that, "It's certainly almost not a game in a lot of perspectives, and particularly if you're used to playing very goal-driven games, this isn't that, much in the same way that Animal Crossing isn't a goal-driven game. But it's a very unique experience in the sense that that's what Nintendo does." Tomodachi Life isn't that easy to categorize.

Instead, Trinen describes the game as "being a bit like social media plus gameplay. ... There's the observation factor: 'What are they doing?' and it is a little passive in that sense. But then there's also the role that you play in terms of meeting the needs of the Mii characters on the island. You're feeding them to see their reaction, and that builds up the relationship level that you have with that Mii character. The higher you build that up, the more money you'll get from that Mii character. You use that for purchasing and collecting other items and things like that, and you can then give those to more Mii characters. So in that sense it has a lot of those collection elements. And even to a certain degree the ability to level up your character."

It has a lot of those collection elements. And even to a certain degree the ability to level up your character. -- Bill Trinen

Nintendo has explained before that they don't plan on taking their games mobile in any traditional sense, and experiences like this that they provide on 3DS mean they don't have to. "We look at 3DS as being our platform, and our platform is the only place that you can play our content. We're trying to create content that is so compelling, that people will want to come play it and play it on our platform. That's always been the focus of Nintendo since back in the NES days and even Game & Watch before that.

"Certainly, the one benefit of mobile is that it has many, many more people playing games now. But when those people realize that there are deeper and more fun experiences to have in video games and that that's to be had on a 3DS or on a Wii U, that's where they're going to graduate to."

Tomodachi Life will have Miiverse compatibility through the 3DS Miiverse, but in addition to that, Trinen says, "The game itself includes a built-in screenshot tool, similar to Animal Crossing so you can capture these moments within the game at any time. And it is compatible with the Nintendo 3DS image share tool, which was the web-based tool through the 3DS browser that could be used to upload screenshots to Facebook and Twitter and things like that."

But rather than forcing users to quit out of the game to use those tools, Nintendo has "built a link directly in the game so that if when you want to share an image you've captured from any game, you can access the image share tool and then post directly." And that's probably one of the biggest draws of the game: catching your friends in ridiculous situations and sharing those moments with them (and the rest of the world).

But with any game that involves sharing information online, Nintendo is notoriously conservative with what you're allowed to write publicly, even if that sometimes prevents people from using normally non-offensive words and phrases. "There's a universal list that exists at Nintendo that will prevent you from using those types of words in a character name or something. In Tomodachi Life, there are probably fewer restrictions this time because we didn't want to block people out from using their actual names. But it's more of a development side library that they have, rather than something that the localization team actually does."

Who is this game for?

Even if you don't know that many people in real-life who are also playing the game, Trinen lists out the ways that you can fill up your island with familiar faces:

It's quirky and different, but Nintendo has experience (and success) in reaching out beyond players who just want another Mario or Zelda game. Trinen is optimistic about Tomodachi Life's chances: "The hope is that it will be the next Animal Crossing. I think, having been involved in the original localization of Animal Crossing, and the original E3 that we showed it off at, and you see where it is today: one of the most powerful franchises that Nintendo has. So our hope is that we're going to introduce the world to a whole new way to play with Tomodachi Life and hopefully, even if it starts small with a group that's very excited about it, they're going to be sharing that experience with others. And hopefully we'll see it grow from there.

"I think regardless of what kind of game we create, we're always trying to define the audience as broadly as possible and trying to create interactive experiences that appeal to human nature rather than a specific age group. So if you think about the appeal of social media, and that idea of checking in, that's universally appealing."

Tomodachi Life is set to release on June 6, so we don't have long to wait to find out whether Nintendo can have another surprising success with the kind of inventive experience that only they can make. 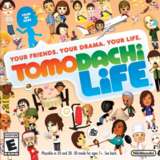