That belongs in a museum!

Prior to creating its iconic Doom franchise and establishing itself as the premier first-person shooter developer, Id Software created the Commander Keen franchise, and this began in an unexpected way--a rejected port of Super Mario Bros. 3 for MS-DOS. While Nintendo wasn't interested in bringing the game to PC, the Museum of Play has managed to track down a copy.

Acquired via an anonymous game developer who did not work on the game, the Super Mario Bros. 3 pitch disk was actually donated as part of a larger game collection, according to the Museum's Andrew Borman in a conversation with GameSpot. A video had been posted online a few years back by former Id designer John Romero, known as the godfather of the first-person shooter for his work on Doom, but the actual game was not released into the wild.

Now, a backup exists on the Museum of Play's system, and the staff was able to verify its legitimacy and will allow researchers to visit and play it in the future.

"When looking at PC games of the era, there really weren't titles with the smooth scrolling seen in Nintendo's hits," Borman told GameSpot. "In less than a week, the team created something that was basically unheard of on the PC, with Mario controlling extremely well for the time."

Id and its predecessor Idea From the Deep didn't complete the game--it was just a pitch, after all--but it's a very neat piece of gaming history that you can read more about in the book Masters of Doom or the upcoming TV project of the same name. Id would eventually use its technical breakthrough for Commander Keen, so it wasn't a waste of time.

That breakthrough was not seen in a little-known version of the first Super Mario Bros. dubbed Super Mario Bros. Special. Released on home computers in Japan in 1984, it lacked any scrolling technology and thus transitioned between screens with black fading in and out. Mama Mia! 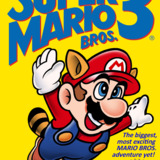