I Am Dead Lets You See Inside Everything--Except People, Because That's Gross

The creators of Hohokum say they wanted to let players see inside their environments, which turned into seeing inside of everything. 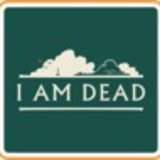 When Ricky Haggett and Richard Hogg were thinking about their next game, I Am Dead, they started by unpacking an older one. Hohokum had been a success, but the two felt the environments were too static. For all the detail put into describing the world, you weren't able to see inside. That planted the seeds for I Am Dead, a game that lets you peer inside of just about everything.

"We spent a lot of time talking about those places and the characters and buildings, but you never really got to see inside any of it," Hagget told GameSpot. "Wouldn't it be nice to dig deeper into that stuff and maybe peel away the buildings and go inside them? And then, that sort of set us on this path of, well, what if you literally could peel away the sides of things and go and look inside them?"

Hogg said they were pretty confident that simple concept--peering inside everyday objects--would make for an interesting gameplay hook. Gameplay trailers have shown it in action, peeling away different layers of everything from tomatoes to toasters. It's loosely explained by your character being a ghost, and therefore able to see inside of things. The nature of the mechanic lends itself to something like a hidden object game, but inverted. Instead of looking around for a thing, you're looking inside it and rotating it. The result appears to be a calm, meditative experience.

But making it work was trickier than it appears.

The effect looks similar to clipping in a video game, when the camera moves through a solid object and we get an unusual view of the geometry. But there are a few key differences, starting of course with the fact that this one is intentional. Clipped objects tend to be hollow inside, which is what makes the effect so eerie. Objects in I Am Dead appear full, even as they rotate seamlessly. I asked for a layman's explanation.

"The thing that we're not doing--which would be really hellish--is we're not generating this geometry on the fly, we're not doing maths to intersect how to slice with all these geometry," Hogg said.

Instead, the inside of the tomato has an inward-facing mesh that's all the same color, so it doesn't matter which angle you view it from. Then to create the illusion of seeds hovering inside the tomato, there are specialized objects that are colored dark red on the outside, just like the tomato's interior, so you only see the white interior when they're sliced open. The duo said that there are examples that are more complex, but all of them come down to that basic principle.

Since you're looking inside objects, though, the pair say it's important to have minimal movement. The world of I Am Dead is presented like a diorama, with some minor movement from living creatures, but otherwise you're peering into 3D still-life. The story progresses as the town of Shelmerston changes subtly in response to your discoveries. That plays into its theme as well.

"So the game kind of touches lightly, really lightly, on themes around gentrification and the way in which traditional communities are impacted by people from the outside. It doesn't have a really hard hitting message about that. But I think it's just, hopefully, an interesting background to the things in the game or this kind of a very slight sort of tension between the people who've got long histories and feel really grounded in a place, and then new people who see it more as just a place to go on holiday."

For the most part, though, the game is quiet and soothing. There's something oddly satisfying about seeing a cross-section of a toaster. And partly for that reason, they made one exception to their all-encompassing rule of seeing inside everything: you can't look inside people. Though it wasn't for lack of trying. Haggett said they tried lots of attempts at modeling "skeletons and lungs and intestines," but it always felt either too abstract or too real.

"We never really got to make it feel like it had the same sort of visual quality as a lot of the other things in the game," Hogg said. "It always would feel kind of gross."

"Like all of the games we make, [we want it to be] hopefully peaceful--not stressful or upsetting experiences in any way," Haggett added, "and seeing loads of people's insides, perhaps isn't."

I Am Dead is slated for release later this year on PC and Nintendo Switch.