Nintendo pulled back the curtain on Hyrule Warriors: Age of Calamity's first DLC expansion during its E3 2021 Direct presentation. Titled Pulse of the Ancients, the Age of Calamity DLC launches June 18 and adds a variety of new content to the game, including a new playable character.

That player character is called the Battle-Tested Guardian, and it's one of the spider-like machines you might remember from Breath of the Wild. Pulse of the Ancients also adds two new weapon types, giving Link a flail and Zelda access to the motorcycle-like Master Cycle. This first DLC will also introduce a new difficulty level to the game: Apocalyptic.

Pulse of the Ancients is the first of two DLC expansions coming to Age of Calamity. The second is titled Guardian of Remembrance and is slated to release sometime this November. Nintendo indicated that this DLC will add new character vignettes, stages, battle skills, and characters to the game.

Both DLC expansions are included in Age of Calamity's Expansion Pass, which costs $20 USD. As an added bonus, everyone who purchases the pass gets the new weapon and armor set for Link: the Prototype Ancient Sword and Prototype Ancient armor.

The Age of Calamity DLC arrives during the Legend of Zelda series' 35th anniversary, and Nintendo has a few other Zelda releases lined up for this year. The Legend of Zelda: Skyward Sword HD launches on Switch on July 16. That same day, Nintendo is also releasing a new Zelda & Loftwing Amiibo figure as well as a special set of Zelda-themed Joy-Cons. 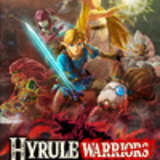