VGHM 2014
Check It Out
Feature Article

Rise from your grave. 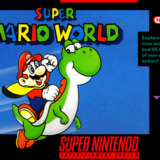 A taste for the classics is on the rise, inspiring people to seek out old games and consoles, but not everyone wants to wade through flea markets or enter into a bidding war on eBay for a 20-year-old Super Nintendo. This is where a hardware company like Hyperkin comes into play. Its line of Retron consoles has given fans of classic games a new way to play NES, SNES, and Sega Genesis cartridges, and its latest console, the Retron 5, introduces support for Famicom, Game Boy, Game Boy Color, and Game Boy Advance games. Everything is powered by an embedded Android operating system, which opens the door for valuable features such as HDMI output, save states, and Game Genie-like cheat codes.

It's a great system with loads of promise, but it also has a few issues that need to be ironed out if Hyperkin wants to please enthusiasts. Luckily, the Retron 5 has an upgradable operating system, so these issues may be resolved down the road. But, as it is today, is Hyperkin's latest console worth the $140 asking price? Let's take a look.

The Retron 5 is a good-looking if unusual console. It has five cartridge slots, six controller ports, and a dock in the back for the included wireless controller. Like a lot of aftermarket consoles, it's outfitted with cheap-feeling plastic, but given its attractive design, it's natural to forget what it's made from and focus on how it looks instead.

The included wireless controller isn't quite as good looking as the console, or as well made, but as a functional piece of hardware, it's fairly sufficient. It communicates with the Retron 5 via Bluetooth, and has a battery that lasts up to eight hours. It would be great if the battery could recharge passively while the controller was docked in the back of the console, but in reality, you have to manually connect it to the system using a rather unusual micro-USB to mini-USB cable. Thankfully, the 10-foot cable offers plenty of slack so you can play games while the controller is charging.

Though it has a few nice features, the controller doesn't quite measure up to the quality of original NES, SNES, and Genesis controllers. Its convex buttons are made of hard plastic and emit an unpleasant, hollow, clicky sound. Instead of implementing a directional pad, Hyperkin opted to install an eight-way thumbstick, similar to what you would find on a Neo Geo Pocket. It works well for some games, but it can be a death sentence when playing difficult games with strict timing and movement requirements. It's also unfortunate that the system can't be turned on with the wireless controller; you have to hold down the power button on the front of the system for five seconds. It's a better controller than those Hyperkin has shipped with past Retron systems, but not by much.

On either side of the system are three ports--one each for NES, SNES, and Genesis controllers. The Retron 5 lets you use any controller that's plugged into the system regardless of the type of game you're playing. So you don't need to unplug your Genesis controller when you want to play an NES game, for example. The controls for different systems remap automatically to other controllers, but you can also remap the button layouts manually within the Retron 5's OS.

Unfortunately, Game Boy, Game Boy Color, and Game Boy Advance games remain single-player experiences. Traditionally, you would have to link two Game Boys together via a link cable, and the Retron isn't currently capable of emulating that arrangement. Thankfully, it does simulate multitaps, so four-player games for every other console are easily arranged, regardless of the mix of controllers you've connected to the Retron.

A quick look at the back of the system reveals an SD card slot that's used for cheat codes, screenshots, firmware updates, and save-state files. There's also a mini-USB port for recharging controllers, an HDMI port, and the AC adapter port. Hyperkin has thoughtfully included outlet adapters for Europe, the UK, Australia, and China.

Most aftermarket retro consoles use problematic emulation methods to do the heavy lifting, which doesn't always work with games that use special chips and circuitry. The Retron 5 is no more pure, in the sense that it still uses emulation to get the job done. Though Hyperkin confidently asserts that the Retron 5 will ultimately support every officially licensed game for the consoles it supports, we found a few exceptions during our tests, including some games that worked perfectly on previous Retron consoles. These include Street Fighter Alpha 2 on the Super Nintendo, and the combination of Sonic the Hedgehog 2 or 3 with Sonic & Knuckles for the Sega Genesis. Unlicensed games aren't officially supported, and when we tried to play Pier Solar on the Sega Genesis, it failed to make it past the intro screen. Again, these may just be temporary issues that Hyperkin can fix with a future firmware update.

Unfortunately, though the Retron supports multiple systems, for now, it won't operate if you put in more than one cartridge at a time. With the Retron 3, for example, you could keep a cart in every slot and manually select which one you wanted to play. Hyperkin has said that it's working on an OS setting that will allow you to do the same on the Retron 5, but at the moment, the system will report an error if you insert more than one game.

If you're used to playing classic games through composite cables, you'll be impressed by how crisp and colorful they look with the Retron 5 and an HDTV, and with HDMI, you don't have to worry about PAL and NTSC incompatibility. Though some people will appreciate the sharp, hi-def pixels coming out of the Retron, you have the option of smoothing them out with a few distinct image filters. No one filter works well for every game, but it's a great option to have, and you may find that some games look surprisingly fresh when the right filter is applied.

Apart from playing thousands of games, perhaps the most useful feature of the Retron 5 is its ability to use save states. These allow you to save at any point during a game and restart right where you left off. It's a convenient feature that makes getting through some of the more difficult games a bit easier, and given that a lot of old cartridges have dead batteries inside, save states can breathe new life into a cartridge that's no longer able to store saved games.

Built-in cheat codes are another valuable feature, and Hyperkin is constructing a large database of codes that it will distribute on its website, but you'll need to supply your own SD card in order to use them. Our tests with an early version of this database were mostly positive, but there's still room for improvement in the cheat section of the Retron 5's UI. There's no way to automatically sort codes, or to activate and deactivate codes en masse, so it can be a bit of a chore when you want to find one code out of a list of a few dozen. Unfortunately, there's no way to enter new codes via the Retron OS, and there's no easy way to edit the cheat database on a PC without manipulating massive and unintuitive XML files.

Unfortunately, though the Retron supports multiple systems, for now, it won't operate if you put in more than one cartridge...

The Retron 5 emulates games after dumping them to local memory, which includes any saves that are present on the cartridge. Therefore, any new in-game saves you create are also saved locally, but you can also upload them back to the original cartridge. This worked in almost every case, with the exception of Super Mario RPG, but we also had an issue with a copy of The Legend of Zelda: A Link to the Past. In this case, the Retron looked as though it were rewriting save files to the cartridge, but it would consistently fail to rewrite one save in particular, which went mysteriously blank, resulting in an empty slot and a save file that remains in limbo on the Retron. Given that you're working with decades-old games with equally old batteries, there's always the inherent risk that this feature will be unreliable, but this is never explicitly spelled out in the OS.

Save states, cheats, and battery backups are tied to specific games, which are identified by cross-referencing the data on a cartridge against a database of known games in the Retron's local memory, which is supposed to account for the entire library across all supported platforms. Unfortunately, when a game can't be identified, you lose access to cheats, and potentially save states too. Oddly, the Retron 5 couldn't properly identify our copy of Super Metroid for the SNES, even though it's a well-known game. This might be due to a poor connection between the cartridge and the Retron, but there's no alternate method for accessing cheats and save states when this occurs.

Taking all of these features and issues into account, it's clear that the Retron 5 is not for everyone. On the one hand, it does things with real cartridges that could previously be accomplished only with PC-based emulators and ROMs. Unfortunately, the promise of a great system is hampered by minor incompatibility issues and half-baked features. The dependence on cart verification is too strict, and the fact that you can have only one cartridge in at a time is disappointing.

Speaking as an avid collector and retro-game enthusiast, I'm impressed with the latest Retron, but given its current limitations, it's not yet a full-time replacement for my original consoles. Still, it breathes new life into classic games, and despite its current issues, there are enough benefits to justify adding it to your repertoire of classic gaming hardware. It's currently the most expensive console of its type, but if Hyperkin fixes the issues with the OS and the internal emulators, $140 will be a small price to pay for the new gold standard in retro gaming consoles.