Hyper Scape Officially Launches On PC, PS4, And Xbox One This August

The Hyper Scape PC-only open beta will end on August 2, a week before the game fully launches.

Ubisoft has announced that the full release of Hyper Scape is officially set for August 11 on PC, PlayStation 4, and Xbox One. This 1.0 launch also packages Hyper Scape's Season One content, which introduces new gameplay experiences, Crowncast features, and more.

Season One of Hyper Scape, The First Principle, brings a brand-new mid-ranged weapon called the Dragonfly and a new Magnet hack that ensnares players. Though Ubisoft didn't clarify all of Season One's additions, the new content season will include a total of 11 guns and 11 hacks. Season One will also see more limited-time game modes in addition to Solo and Squad Crown Rush, but similarly, these weren't detailed.

With Hyper Scape entering 1.0 and officially making its way to console, the PC-only beta that's currently running will come to an end on August 2. Any items purchased or unlocked during the beta will carry over to the full release on any platform as Hyper Scape supports cross-platform progression.

Before the PC-exclusive beta comes to an end, though, Ubisoft will host a special reward event in Hyper Scape this weekend. If you play the game or watch matches on Twitch (that have the Crowncast extension enabled) for at least one hour, you will get 600 Bitcrowns when Hyper Scape launches on August 11. This special in-game currency reward event, which is already underway, wraps up on August 2 at 11:59 PM PT.

Also packaged in Season One is the beginning of Hyper Scape's story. The content season introduces Memory Shards that reveal more about certain characters and events, with new shards being hidden within Hyper Scape's world every week. Additionally, Season One brings comics that will flesh out the game's story.

Along with Season One comes new unlockable customization items via Hyper Scapes Battle Pass. There are 100 tiers to go through, all of which unlock exclusive cosmetic items during the content season. You can progress on your free or premium Battle Pass simply by watching streams of the game on Twitch.

In recent Hyper Scape news, Ubisoft has banned a massive amount of cheaters and hackers. The studio is treating the issue with the "highest priority," with the game's BattlEye tech banning more than 10,000 accounts to date. 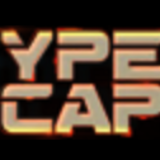