Humankind Coming To Consoles And Xbox Game Pass In November

Announced during Summer Game Fest, Humankind is making its way to consoles on November 4.

Announced during Summer Game Fest, Humankind is making its way to consoles and Xbox Game Pass on November 4. The strategy game sees players take on the role of different civilizations throughout history and let's them create their own story.

Guess what… @humankindgame, Amplitude’s turn-based historical strategy game is coming to Xbox and PlayStation!
AND… you can play it day one with @XboxGamePass!
Coming November 4th to a console near you. pic.twitter.com/O74NksJm8D

Humankind is also adding six new cultures, all from Latin America. The new cultures are Caralans, Nazca, Taino, Inca, Argentinians, and Cubans, which are available for purchase now for the PC version. Humankind is coming to PS4, PS5, Xbox One, and Xbox Series X|S on November 4. It will also be included as part of Xbox Game Pass for console and is already on PC Game Pass. 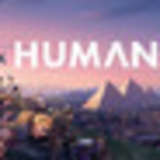