Guide To Hulu Price, Plans, And Channels In 2021

Considering a Hulu subscription this year? Here's the lowdown on all of Hulu's channels, plans, and pricing, including Hulu + Live TV.

Streaming services have rocketed in popularity thanks to their convenience and affordability, and that trend is only continuing into 2021. Though the streaming market has only gotten more crowded, Hulu is still one of the biggest players. Hulu combines the best of entertainment worlds in one package, with subscribers gaining access to its ever-growing content library, brimming with original content, network shows, and classic movies. You've also got Hulu + Live TV as an appealing alternative to cable TV, letting you watch your favorite shows, sports, and other major events as they air.

As Hulu continues to expand, it can be difficult to keep track of the latest pricing changes or plan options. Here, we've detailed the current Hulu plans, channels, pricing, and other features to know about for 2021. Plus, see our guide to the best streaming services for a breakdown of how Hulu compares to its competitors in 2021.

How much does Hulu cost?

Hulu has two plans that exclusively offer on-demand content, starting at $5.99 per month for the base plan with ads. With this plan, you can access everything on Hulu’s on-demand platform like network shows, new movies, and original content. This cheap subscription is a great option for those on a budget, if you don't mind getting ads. However, you can upgrade to Hulu's ad-free plan for $11.99 per month--this is a good option for people who binge shows and watch a ton of on-demand content.

An alternative to cable TV, Hulu + Live TV gets you access to more than 65 channels as well as Hulu’s on-demand library for $64.99 per month--however, you'll still have to sit through ads. (This price increased back in December from $54.99 per month.) If you're willing to pay six bucks more, you can sign up for Hulu (no ads) + Live TV for $70.99 per month. Hulu’s live TV pricing is in line with other platforms like YouTube TV and fuboTV charge. 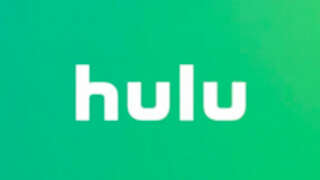 What plans does Hulu offer?

Figuring out the best Hulu package for you depends on your viewing preferences and budget. Here's a quick overview of Hulu plans and pricing as well as their free trials and whether they include ads.

What is the Disney Bundle?

The Disney Bundle is a wise deal if you're interested in all three services--you'll get Hulu's vast array of movies and TV along with exclusive Disney+ content like WandaVision and The Mandalorian. Sports fans will find a lot to love with ESPN+, which lets you watch live content from the NHL, UFC, the PGA Tour, and select college basketball games. You'll also receive access to on-demand programming like ESPN’s popular 30 for 30 series. 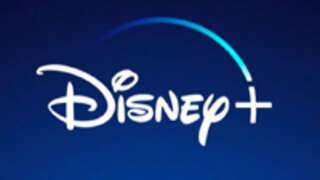 What top channels does Hulu + Live TV have?

Hulu’s on-demand platform allows you to catch replays from all the hit shows from major networks like FOX, NBC, and ABC. You can also stream on-demand content from networks like AMC, Animal Planet, Comedy Central, the Discovery Channel, Freeform, FX, the History Channel, and much more. While you can catch replays of shows you missed, you'll have to upgrade if you want to watch them live.

On the live TV side, Hulu offers over 65 channels in its base package. It's a fantastic option for sports fans, as you gain access to five ESPN channels. You also receive the ACC Network, the Big Ten Network, the CBS Sports Network, two FOX Sports networks, the SEC Network, and the NBC Sports Network. Many of the sports channels like the Big Ten Network do not come in basic cable packages, so having them bundled with Hulu + Live TV is a great deal.

Hulu + Live TV is also family-friendly, offering content from the Disney Channel, Disney Junior, and Universal Kids. The inclusion of TCM, FX, HGTV, Lifetime, Lifetime Movies, TBS, and TNT ensures you have many movies and TV shows to whet your entertainment appetite. Meanwhile, avid news watchers have access to CNN, ABC News Live, CBS, FOX, MSNBC, and CNBC to stay in the know.

Hulu's two Live TV packages don't differ in the number or type of channels they offer. Instead, the live TV pricing difference lies on the on-demand side. With Hulu + Live TV, you'll get ads, while Hulu (no ads) + Live TV lets you watch your favorite shows on demand without commercials.

What add-ons for premium channels and extras does Hulu + Live TV have?

Hulu offers a lot in the way of premium entertainment. Channels like HBO Max and Showtime can be added to any Hulu subscription, allowing you to watch original series and hit movies from other networks, but certain add-ons require you to have a Hulu + Live TV package. Below is a look at some of the many add-ons you can receive:

For families who frequently record and watch shows later, the Enhanced Cloud DVR add-on is a great one to consider. Hulu + Live TV comes with 50 hours of recording space, but with Enhanced Cloud DVR, you'll have 200 hours of room. Best of all, with the enhanced DVR, you can fast-forward through commercials on your recorded content.

If you're looking for more offerings, the Entertainment add-on unlocks access to even more content, including channels like Discovery Family, the Military History Channel, Crime + Investigation Channel, Destination America, DIY, Science, CNBC World, and the Cooking Channel. Meanwhile, the Spanish add-on is convenient for those who want Spanish livestreams. You'll have access to channels like ESPN Deportes, NBC Universo, and much more.

The Unlimited Screens add-on can also be extremely useful, depending on how many people are watching Hulu on your account. If you have a large household with diverse viewing habits, having this feature will come in handy. Another nifty benefit: Three people can stream from their mobile devices, so you can easily watch Hulu while you're on the go.

What about local networks on Hulu + Live TV?

If you want to watch local sporting events or your favorite network shows, you are in luck, as Hulu does offer local networks like ABC, CBS, NBC, the CW, and FOX. However, the platform does not carry PBS.

To receive PBS, you can buy an HD antenna. Some of the most popular models include the Tablo DVR and HD HomeRun. With one of these models, you'll be able to view broadcasts on all of your local channels, even if you decide to cancel Hulu + Live TV later.

Is Hulu right for you?

Hulu offers a huge variety of entertainment and multiple subscription options that give you flexibility in picking the right plan for you. The cheapest on-demand plan is a great choice for people on a budget and still gets you access to a great variety of content, while the Live TV packages offer an appealing option for cutting the cord. The ability to downsize at any time without penalty is also a plus. And with the many add-on features available, Hulu makes it simple to customize your viewing experience. Overall, the platform offers convenience and affordability, making it a smart choice for households interested in on-demand entertainment, live TV, or a mix of both.