How Video Games Changed the World

We find out what the upcoming documentary film <i>Video Games: The Movie</i> has to say about the history of our favourite pastime.

The upcoming documentary Video Games: The Movie is not, its creator promises, just another film about the games industry. The small, crowd-funded project will attempt something much more ambitious: the question of what it means to be a gamer.

"There have been a lot of documentaries, half-hour TV specials and YouTube videos about the origins of the video game industry, or specific aspects of it, but there has been no definitive piece that represents the entire world of video games," says filmmaker Jeremy Snead, a man who has spent the better part of the last ten years preparing himself for the ambitious task of documenting the history of games from the 1960's until today.

"Video games touch everyone, everywhere. You can't escape their reach. They have shaped pop culture, economics and the lives of millions of people for over six decades."

Video Games: The Movie will aim to educate audiences about how video games are made, marketed and consumed by looking back at gaming history and culture through the eyes of game developers, publishers, and consumers. Snead's vision for the film is informed by his career overseeing the licensing of video games and toys for the popular Dragon Ball Z franchise at Funimation Entertainment. Working closely with Atari, Snead gradually familiarised himself with the inner workings of the gaming industry, travelling with the publisher to development campuses to learn how video games are marketed. After working on several advertising campaigns, Snead founded his own agency, Mediajuice Studios, where he spent years creating and producing video game trailers, TV spots and advertising campaigns for game publishers. It was this newfound interest in filmmaking that led Snead to a creative vision informed by his own experiences in the gaming industry.

"I've always loved the stories of how the first video games were made and how the industry grew from a few guys in a garage to the global phenomenon it is today. If I find a way to tell both the history of video games as well as give people an insight into how the game industry and the people within it works, I will have something really special that people will be drawn to." 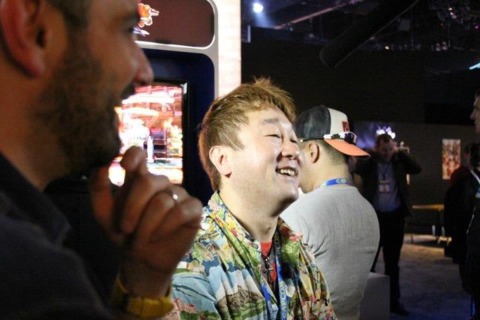 Video Games: The Movie will be co-produced by Rusel DeMaria, author of the 2002 book High Score! The Illustrated History of Electronic Games. Snead brought DeMaria onboard to help with the historical part of the documentary, which will rely heavily on montage to cover everything from Pong and Earthworm Jim right up to Halo 4 and the Street Fighter 25th Anniversary edition. The film will also aim to fight against mainstream attitudes about video games and video game culture.

"There are those who only know the most popular and clichéd buzz topics: sex, violence, people wasting years of their life playing one MMO, etc," Snead says. "Then there is the informed audience who know the truth of what video games bring to their audience: innovation, inspiration, growth and new experiences."

"While it's unfortunate that only controversial topics make it in the headlines, things are slowly changing. Just look at how the gaming audience has grown: anyone of any age can be fitted with the right console and game. The challenge as a video game marketer is finding new ways to communicate that message."

Three months into production on Video Games: The Movie, Snead is reaching out to the video game community to help him complete the film. The project's IndieGoGo campaign is asking for a little over $100,000 to help cover production costs ahead of the film's scheduled release date mid-2013. Most of this money will go towards travel, helping Snead and his camera crew move across the United States interviewing game publishers, developers, and industry veterans.

"Every true story is best told by the people who lived it. Video games have done much more than just entertain people: they've continuously pushed the boundaries of technology for the past 50 years. That is the story we want to tell."

To learn more about Video Games: The Movie or donate to the project's IndieGoGo campaign, click here.