How To Watch Today's Capcom Showcase And What To Expect

Update: The stream is now over. You can rewatch it below or check out our coverage through the links below; we got to see heavy hitters like Resident Evil 4's remake, DLC for Resident Evil Village, Exoprimal, Monster Hunter Rise: Sunbreak, and more.

Original story: The Capcom Showcase is happening today, and the publisher has already prepared us, to an extent, on what to expect from its Not-E3 2022 show. It will be focused on games that were previously announced rather than world premieres, with in-depth information that wasn't in previous presentations. This includes big names like the Resident Evil 4 remake, so it's still very much worth checking out.

When is the Capcom Showcase?

The Capcom Showcase has been confirmed for a June 13 premiere, which is today. It will begin at 3 PM PT / 6 PM ET, with other regional start times listed below:

How long is the Capcom Showcase?

Capcom has confirmed via Twitter that the showcase will run for approximately 35 minutes.

How to watch Capcom Showcase

The Capcom Showcase will be broadcast on Capcom's official Twitch and YouTube channels. Multiple co-streamers and community creators will also be featuring the showcase, while select outlets will be airing it in multiple languages. The list of outlets and supported languages is below:

What to expect at the Capcom Showcase

Capcom's announcement said there will be 35 minutes of "news and in-depth updates on previously announced Capcom titles."

Capcom has more games in development than many realize, with at least nine announced titles that have not yet been released. Two of those nine games have been confirmed for the showcase--Resident Evil 4 Remake and Monster Hunter Rise: Sunbreak--while the other seven have not been mentioned. Those seven games include the following:

There is always the chance of a surprise reveal of a brand-new game as well, but the only way to find is to tune in to the show. 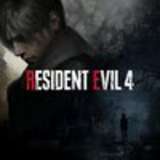