How To Put Together An Authentic Ghostbusters Costume For Halloween

Want to be a Ghostbuster and investigate something strange in your neighborhood? For a modest price, you can look the part this Halloween.

Are you troubled by strange noises in the middle of the night? Do you experience feelings of dread in your basement or attic? Have you or any of your family ever seen a specter or ghost? If the answer is yes, then don't wait another minute. Pick up your phone, and start browsing for some paranormal extermination gear!

With Ghostbusters: Afterlife headed to theaters on November 11, now's a great time to get into the spirit of the classic film franchise by dressing up for Halloween as one of New York's finest specter inspectors.

Ghostbuster costumes have been around for years now, but putting together the right gear for busting ghosts was usually the domain of dedicated fans, specialist vendors who offered detailed prop replicas, and people who could afford to spend an eye-watering amount of cash on the hobby. These days though, you don't have to break your bank account to get the proper outfit, as the costume landscape has hit a perfect balance between affordability and screen accuracy.

Here's everything you'll need when it's time to smoke some ghosts. 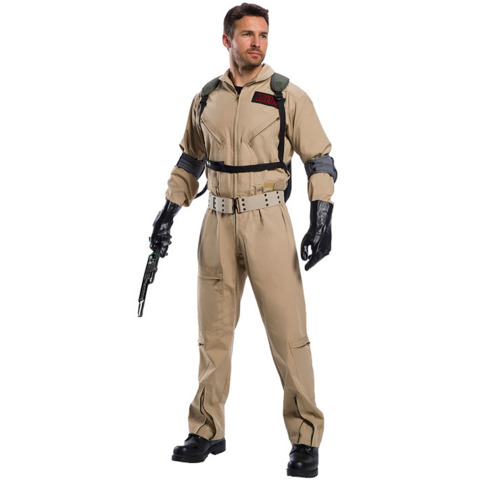 If you're suiting up, then it's time to slip into the proper Ghostbusters uniform. The films used TRU-SPEC flightsuits, which you can easily find online or at a military surplus store. You'll still need to add some patches and a name tag though. For an all-in-one option, there's a great kit up for sale at Halloween Costumes. Available in different sizes and fits, his collection bundles in the jumpsuit, belt, gloves, elbow pads, and four name patches. There's even an inflatable proton pack, but it's not necessary when you see the other options on this list. 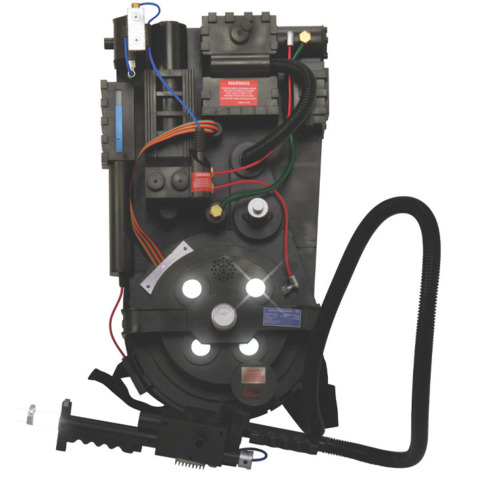 No Ghostbuster is complete without a proton pack, and the replica you can purchase these days is an impressively detailed backpack that helps complete an outfit. While a custom fan-built proton pack can cost over $1,000, the officially-licensed version from Rubies is usually priced at around $100 and has an eye for detail at this price point. It's about 80% of the size of a 1:1 scale replica proton pack, but it has the right look, built-in electronics, and it's light enough to prevent your spine from being crushed.

Even better, these packs have proven to be highly customizable, so if the Ghostbusters cosplay bug bites you, you can take this replica to the next level and add a number of authentic extras to it. It also has a detachable neutrona wand, perfect for when you want to strike a pose. It's admittedly a bit on the small side, but if you're feeling brave, you can upgrade that kit even further with the next item on this list. 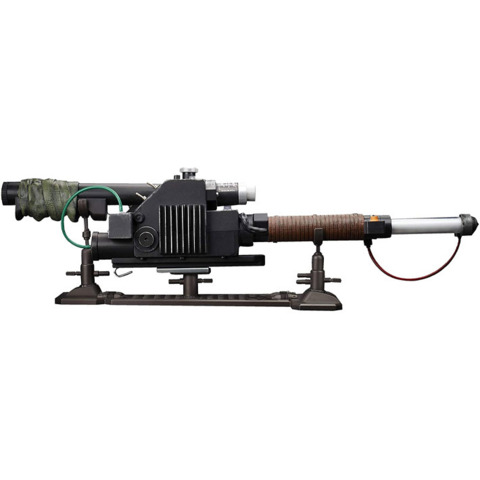 Taken directly from Ghostbusters: Afterlife, the Spengler Neutrona wand from Hasbro is a 1:1 scale replica that features working lights, sounds, and even a motor to extend the barrel. When not in use, it even comes with a stand so that you can display it, and its design includes four modes when activated, such as the classic proton stream attack, slime blower mode, a stasis stream, and Meson collider mode. Ghostbusters fans have already begun replacing the Neutrona wand on their fan and Rubies packs with this replica, and if you're up to the task, it's worth tinkering with your pack to kick its authenticity up a notch. 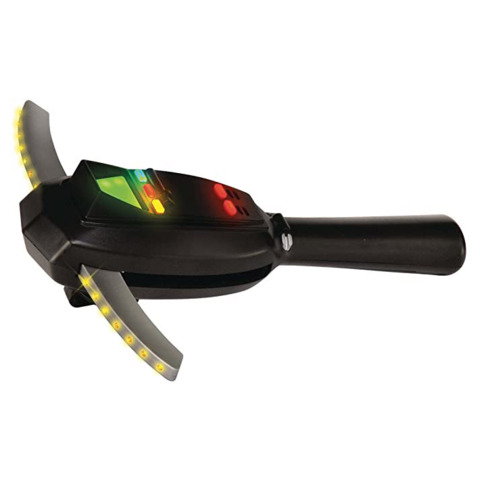 Catching ghosts is one thing, but finding them? You'll need some specialist equipment for that job, and that's where a PKE Meter comes in handy. Also offered by Rubies, the officially licensed PKE Meter is another good-looking prop that fits in your pocket, lights up, and provides the illusion of phantasm-detecting action. Available as either a $30 adult version or a $20 kids toy, it's a small touch that adds that little something extra to a Ghostbusters costume. 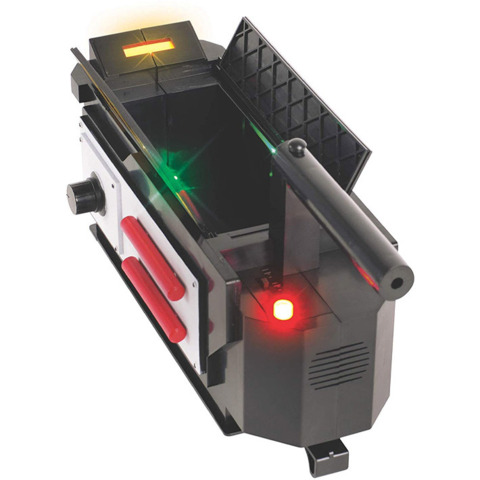 Finding a ghost and wrangling them in is part of the Ghostbusters job, but making certain that you have a trap on hand with which to store them is what will take your outfit from rookie-level to seasoned pro. This replica Ghost trap looks like it came straight out of the film, and the only thing missing is a screen-accurate pedal to hit when catching a resident ghost. Otherwise, it's a lightweight trap that can pop open with the press of a button and it has a handy peg to help hook it to your belt.