How to Play Madden NFL 16 Right Now on Xbox One

Professional football game Madden NFL 16 doesn't officially launch until August 25, but you can play it starting today, August 20, provided you have an Xbox One and an EA Access membership.

The game's 10-hour trial is available now through the subscription program on Microsoft's console. Though playtime is capped, you do get access to the full version of Madden NFL 16, as opposed to just a slice as is typical in traditional demos.

Should you decide you want to buy the full Madden NFL 16, you may be happy to learn that all progress from the pre-release period will carry forward to the full game. What's more, your EA Access membership grants you a 10-percent discount, meaning you can get it for $54 instead of $60 if you buy from the Xbox store.

EA Access is currently available only for Xbox One, a point that EA boss Peter Moore stressed recently in an interview with GameSpot.

Madden NFL 16 will launch next week for Xbox One, Xbox 360, PlayStation 3, and PlayStation 4. EA Sports recently announced the game's soundtrack, which trades stadium anthems for new artists and music.

In other Madden NFL 16 news, a 1 TB Xbox One bundle featuring the game and a 12-month EA Access membership is now available for $400 at retailers everywhere. The copy of Madden NFL 16 included with the package, however, will not unlock until August 25. 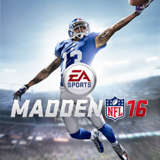