How Thief Is Returning to Its Stealth Roots

Once more, with stealing. 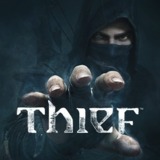 Since its public reveal at the Electronic Entertainment Expo last year, Eidos Montreal's Thief reboot has been constantly dragged over the coals by devout fans of the 15-year-old iconic stealth series. Such reactions were sparked by a perceived modernisation of the reboot's mechanics at the expense of the earlier games' core values. What are these quick-time events doing in a Thief game? Why do I earn 40 experience points for a headshot in a game about sneaking past enemies?

Eidos Montreal responded to the backlash by cutting QTEs and XP entirely, a decision that the developer was already leaning toward internally. "We realised that it was breaking the economy system," Thief's game director, Nicolas Cantin, tells me. "It was not encouraging the stealing aspect of the game."

Now Playing: How Thief Is Returning to Its Stealth Roots - Preview

For a game called Thief, that meant something was seriously wrong. So, after playing through the first five hours, I can confidently say the decision was right. Thief is a much improved game since I last played it, because it is now entirely concerned with the act of stealing.

I'm not just talking about mission objectives, or side quests in The City's vast Victorian hub world. See, before Eidos Montreal cut them, experience points were used to acquire certain upgrades. Now, everything simply costs money. Every arrow in Garrett's quiver, every upgrade to increase the damage of his nonlethal blackjack, and every new piece of leather to bolster his defences require the spending of coin. Because additional resources are almost nowhere to be found in missions themselves--which is a significant change from the previous games--failing to stock up from a vendor in the hub world before taking on the next job leaves Garrett very few options in a tight spot.

Garrett earns this scratch lifting valuables whilst becoming embroiled in a deeper, darker mystery involving the death of his young protégé, Erin. Fans of the third game in the series, Thief: Deadly Shadows, will recall that game ending with Garrett meeting a young girl who, as is heavily implied with references to Garrett's own street orphan origins, will go on to become his apprentice. With Eidos Montreal's reboot picking up this exact plot thread, I couldn't help but wonder: is this new Thief actually a direct narrative sequel to Deadly Shadows?

"It's more reboot than sequel," Cantin replies, cryptically. "We don't say necessarily that it's the same girl. But we all know the end of Deadly Shadows, so, yes, there's a big link to be done there."

Overly snarky, predictably reckless, and thoroughly unlikable, Erin gets herself fridged--killed off to fuel Garrett's angst--by gate-crashing a weird summoning ritual tended to by old people in robes, whilst Garrett hits his head trying to save her and winds up with amnesia.

After five hours, the plot doesn't get much better. Third-person cutscenes constantly break your perspective and work against the sense of immersion Eidos Montreal is adamant it is working hard to instil. Excruciating dialogue from Garrett, such as when he visits the game's signature horror level and wonders aloud, "Is it the asylum that's haunted, or me?" doesn't help. I can't yet see what Eidos Montreal is going for. Cantin tells us that this Thief tells a "more mature" story, but the only evidence of that so far has been characters using actual profanity instead of "taffer," along with a nudity-heavy mission in a whorehouse.

Turn from butts to buttresses, however, and you'll find that Eidos Montreal's take on The City is rendered with an attention to detail never before seen in a Thief game. Most impressive is the heavy smoke choking the streets, like a Victorian-era industrial sprawl caked in eternal smog. We almost wanted to get ourselves checked to be sure we didn't come away with the plague.

The City is rendered with an attention to detail never before seen in a Thief game.

Yet for all its graphical splendour, moving through The City is problematic. Eidos Montreal has eschewed a traditional jump button in favour of a sprint button that makes Garrett automatically climb up certain surfaces and objects. The problem is that not everything can be climbed. We understand why; Garrett isn't about Assassin's Creed-style parkour. See, as detailed as The City is, so much of it is visually similar. Therefore, the environmental cues that communicate what can be climbed are difficult to parse. This is compounded by the fact that Garrett can't climb over certain objects that look traversable, such as certain railings or stacks of crates. The developer has put significant effort into making the act of fleeing from the guards tense and thrilling through the use of dramatic music and fantastic first-person camera work--until you stop dead in your tracks because a box or small brick wall cannot be scaled. It makes me desperately miss having a jump button.

Some of this environmental readability is solved with the use of Garrett's focus ability. This is a new suite of mechanics for the series--and, of course, another source of fan outcry. Focus allows Garrett to supernaturally augment his perception and reactions to get out of a tough situation. In practice, the mechanic is extremely similar to the instinct mode that made its way into Hitman: Absolution. Enemies and key objects (including specific wall grating that can be climbed up) are highlighted in blue, and actions like lock-picking can be sped up by expending focus when performing them. In a pinch, it allows Garrett to quickly disable guards and make good his escape. Focus is another system that can be upgraded by spending coin, eventually allowing Garrett to slow down time and see enemy footsteps through walls. This provides options that players less familiar with the traditionally high difficulty of stealth games may seek refuge in.

It's a tight line Eidos Montreal is walking, trying to appeal to fans without scaring others away. As one of those fans, I was pleased that focus could be completely disabled and the game finished without ever using it. In fact, the number of customisation options the developer provides is phenomenal. Almost all of the HUD can be disabled, from waypoint markers down to the crosshair and health meter. A custom difficulty option lets you apply classic Thief gameplay restrictions, such as no knockouts and no alerts. There's even an ironman mode that deletes your save file upon death. Having played using the standard settings, as well as with focus and all the HUD assist elements turned off, I feel the latter provided the superior, more immersive experience.

Thief is not a game for those who prefer a combat-oriented approach.

Applying these classic restrictions adds a score multiplier, which feeds into online leaderboards. It's a first for the series, allowing you to compete to see who can steal the most valuables, and who can do it the most silently. Eidos Montreal is also announcing a challenge map mode; though they're mum on the details, they tell me it's similar to the way the maps worked in Batman: Arkham Asylum, offering small and self-contained stealth challenges.

This leads me to believe that, with Thief, Eidos Montreal is attempting to offer something for almost everyone--both Thief first-timers as well as hardcore stealth fans. The developer appeals to the former by introducing new mechanics and onscreen assistance, and satiates the latter by allowing them to switch all that off. Newcomers to the stealth genre may want to experience a unique power fantasy without necessarily being challenged too directly, whilst old-timers demand classic hardcore Thief, or else they'll start tying the nooses. I'm not ready to say whether Eidos Montreal has succeeded in either endeavour, but I can say for certain that Thief is not a game for those who prefer a combat-oriented approach. Trust me, you will die. This is a stealth game through and through--one whose mantra of "stealing to survive" has never been more apt.