How Steam and Android Will Change Gaming Forever

The next-generation hardware war is far more than just the typical three platforms duking it out. The big threats on the horizon? Valve and Google.

Last week, noted games-industry veteran and current Microsoft vice president Phil Harrison addressed the imminent chaos in the video game hardware space with typical charm and reverence. Two of his comments caught the eye of news editors and bloggers across the Web, and while they were both seemingly on-message and surely PR-approved, in truth they were quite contradictory. His first comment concerned the recent activity around potential new hardware platforms from companies other than Microsoft, Sony, and Nintendo: Valve's recent media escalation around its Steam Box initiative, the associated Xi3 Piston, and to a lesser extent other devices like Nvidia's Project Shield and the Kickstarted Ouya.

"Entering the hardware business is a really tough business…"

"I think that any new entrant, without being specific to any company or brand or product, any new entrant into the games industry is ultimately a good a thing," Harrison said, dishing out the kind of platitudes we've come to expect from the majority of games industry executives. We get it, Phil. You have to play nice before you try to scare people away. "Entering the hardware business is a really tough business, and you have to have great fortitude…and you have to have deep pockets and a very strong balance sheet," he continued. "It's not possible for every new hardware entrant to get to scale. They can be successful at small scale. But it's very rare for a new hardware entrant to get to scale, and I mean tens, hundreds of millions of units. There are a very small number of companies that can make that happen. And it's not just having a great brand or a great software experience. It's about having a supply chain and a distribution model and a manufacturing capacity and all the things that go with it. It's a non-trivial problem to solve, and it takes thousands of people to make [it a] reality."

He's right, of course, assuming your strategy is purely hardware based and focuses on creating a closed ecosystem with a retail box at the heart of it--like an Xbox or a PlayStation. Something proprietary that only one company can build and sell and that has an associated bureaucracy that exerts huge amounts of control over every aspect of the business.

When describing the future of Microsoft's own Xbox business, Harrison confirmed what many had assumed would be the company's strategy around games and entertainment in the coming years. He described what he called a transition from a "device-centric" business to something more service-oriented. "Everything we do will have increasingly deep social and additional features that are reliant on the network, enhanced by the network, and unlocked by the network," he said, adding that the company will be "moving from being creator of packaged products to being an operator of connected services."

And therein lies the contradiction. Services will define the next generation, not the hardware challenges he previously described. The box itself is increasingly little more than a vessel simply capable of running the services that users demand. A fast CPU, a good graphics processor, and something that can hook into the infrastructure, download the software, and talk to the controllers. Something that any hardware company already perfectly adept at building hardware at scale can produce, such as Samsung, LG, Dell, and Vizio, as well as smaller, boutique shops like Origin and Xi3. 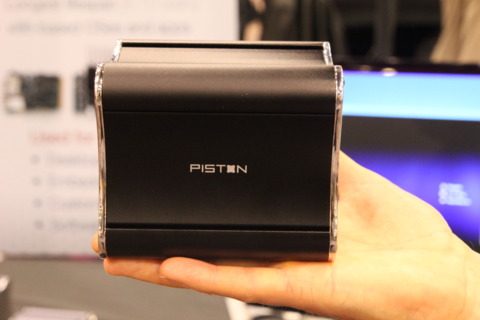 In truth, the future of the Xbox (and the PlayStation too, if Sony is smart) will not differ from that of pretty much everything else in the space. The Valve vision for Steam is that it further evolves into a connected service that delivers entertainment to users wherever they want it. This latest development from the company demands a more controlled Linux-based environment than we currently see from the service, but that's less about Valve exerting its business muscle (though that's certainly an aspect) and more about it exerting control over the all-important user experience. By demanding specific Steam Box versions of software, it can ensure that the games are optimized for the environment in which they're played, and with the controls tweaked for the appropriate input device. If anything, the most important, proprietary, and contested part of the next-gen hardware war will be centered on controllers and input devices more than the processing power of the new boxes.

Still, this raises the question: Why is everyone else seemingly jumping on the Android bandwagon? In November 1996, Microsoft released the first version of its Windows CE platform, originally designed for the short-lived "handheld PC" market. Remember the iPaq? Yeah, stuff like that. It was always assumed that the "CE" in the platform's name stood for "Consumer Electronics," though representatives from the company have repeatedly denied this, offering up excruciatingly boring alternative definitions that we won't go into here. The ambition was for this new flavor of Windows to go beyond those handheld devices and power more specialized applications so that Microsoft's influence could extend far beyond the desktop. The vision was sound; it wouldn't be long before all devices would need some kind of software platform and a familiar environment for developers to work in, so what better than what was arguably the most familiar?

Since 1996, the platform has evolved considerably and now carries the crushingly dull name of "Windows Embedded Compact." It serves as the technical foundation for all manner of devices, including media players and in-car sound and navigation systems, plus it's also a very distant cousin of what eventually mutated into Windows Mobile. For gamers, the most interesting and highest-profile application came in 1999 with Sega's Dreamcast. Contrary to popular belief, the operating system didn't actually reside in the guts of the box itself, but the device was optimized for Windows CE and DirectX. A good number of games, such as Rainbow Six and Sega Rally 2, shipped with the operating system on the disc along with the game code.

Why the brief history lesson? It's important to understand that Microsoft was pretty far ahead of the curve back in 1996. The vision for CE had an awful lot in common with what Google is executing on today with Android: a common platform that provides a familiar environment so that developers can focus purely on delivering what they want.

For many gamers, discussion of anything Android-related no doubt provokes eye rolls and grumblings that it's not good for anything other than "crappy tablet games" like Angry Birds or Doodle Jump. Because of this, devices like the Ouya and Nvidia's Project Shield have immediately been dismissed for somehow trying to force casual touch-screen experiences onto gamers who demand much more. While that very well may continue to happen in the short term, it's important to understand what Android represents in terms of the bigger picture; it's an advanced, ever-evolving open platform with the support of one of the largest companies in the world. A company that is constantly iterating on feature sets and capabilities and offering developers the support they demand to build experiences for the platform. Much as handheld PCs were just the tip of the iceberg for Windows CE, so too are phones and tablets for Android. An Android device with sufficient processing power is perfectly capable of running Unreal-, OpenGL-, or Unity-powered games that look just as good as those running under Windows, or on an Xbox or PlayStation. Touch-screen devices are what pushed Android into our collective consciousness, but that doesn't mean that the platform is limited to the phone and tablet form factor.

In a world where services will be more important than anything else, Android-powered devices have the potential to provide the base from which any number of game-related services are launched. While the Steam Box is Linux-based, something similarly abled could be powered by Android and offer a powerful and open platform that scales to the capabilities of the device a game is running on. Playing on a powerful Android console? Then you get the full-on controller and HDTV experience. Logging in from your tablet? Then the game throttles back and adapts accordingly.

While the current thinking is that the battle for living room dominance is between the usual three contenders--Microsoft, Sony, and Nintendo, with new upstarts nibbling at the edges--we could very quickly see a shift toward a space increasingly dominated by two open digital platforms, each with numerous hardware partners. But where does that take the future of the platforms we currently love? They will need to increasingly lean into the areas where they are strongest: marketing, content discovery, and triple-A intellectual property. The next generations of the PlayStation and Xbox will likely find themselves in the same boat that Nintendo has been familiarizing itself with for some time: fewer, higher-quality triple-A experiences, and a greater emphasis on first-party games over third-party games.