How Dirt 4 Opens Its Doors To New Drivers 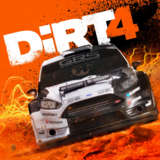 I hate driving. Somehow, I am legally allowed to drive on real-life roads, but I absolutely despise doing so. I find it boring, stressful, and--above all--difficult.

The most recent game in the Dirt series, Dirt Rally, faced similar criticisms from some fans when it released via early access in 2015. Many praised the game for its depth and for how faithfully it recreated rally, as brutal as the sport can be. But even its biggest fans would likely admit that the game was too punishing for newcomers.

With Dirt 4, developer Codemasters is trying to make motorsport more welcoming. A deluge of assists--for example, systems that help players with braking and cornering--will immediately make less confident drivers (read: me) much more comfortable. Codemasters' senior executive producer, Clive Moody, told me this was very much in the company's thoughts during development.

"Dirt Rally was, without question, pretty uncompromising," Moody admitted. "A lot of people either couldn't get into it because they didn't have the time to put the effort into it, or they were just put off from the get-go. It just threw you in, gave you no safety net whatsoever, and it was kind of sink or swim.

"If you had the patience you could power through that and get it, but for some people it was too much. So definitely a driving factor in Dirt 4 is needing to give people a safer and more gentle entry into the world of off-road."

To help give newer players a boost over the barrier many perceive the series to have, the very first thing Dirt 4 asks you is if you're playing "to have fun (Normal Mode)" or "to be challenged (Simulation Mode)." These modes are complement more standard variables such as difficulty levels and optional assists like anti-lock braking, traction control, and stability control.

"Normal Mode layers in some elements which just help dial out some of the things which we know people struggle with when they're getting into a rally car or an off-road car," said Moody. "Things like weight shift and how you control that, particularly on loose surfaces."

Don't be fooled: Normal Mode is still tricky. Its handling model may be softer, and a little more forgiving, but I still spun out more times than I care to admit. It just allows you some leeway if you're overzealous heading into a corner.

In Simulation Mode, assists are turned off by default, the car becomes twitchier--and I get slower. And crash-ier. Simulation is for the more accomplished driver; it's for people who could actually play Dirt Rally without hitting more trees than apexes. But, with a little practice, Simulation Mode becomes manageable, even for relative novices.

"Simulation is Dirt Rally--it's the same but better because we've made some improvements," said Moody. He didn't elaborate on what those improvements were, but was quick to highlight the game's standout new feature: Your Stage.

Your Stage is essentially a track generation tool. You pick a location (in our demo, Australia was the only playable locale) and adjust the track's length and complexity, and in response Dirt 4 creates a brand-new, procedurally-generated track for you to play. They're rarely that different from one circuit to the next, but it does stave off the boredom of repeatedly playing the same roster of tracks. And more importantly, it forces you to think on your feet.

Dirt 4 kind of doesn't have an end

Because of this, your AI co-driver becomes vital in Your Stage. Racing into the unknown means you need to listen to your partner's clues about onrushing corners. Not only does this more closely replicate the sensation of racing on an unfamiliar rally track, it also hands you a teacher. Actually having to listen to your partner--learning to read their cues and improving because of it--is a rare thing in video games, and it works.

Separating AI difficulty, track complexity, and Normal/Simulation modes from each other, also means you can ramp up the entertainment value by racing on harder and harder tracks (improving along the way), but still get a nice gold medal at the end. This way, you keep your confidence up, even as you graduate to more complex stages or make the leap to Simulation mode. Your Stage means Dirt 4 "kind of doesn't have an end," said Moody. While patterns did start to emerge after a few hours of play, it's hard to disagree.

"[With Dirt Rally] there was a real danger that we alienated people that love the numbered Dirt series, just by making that much of a switch," he admitted. "Dirt 4 has a lot of stuff in it. It's not about fluff; it's all about how we add depth to the experience. So there's a lot of depth in the career in terms of the team management, hiring and firing of staff, facilities management, management of your cars and their repairs, the attrition that goes on within them. All of these things didn't really appear to that level in Dirt Rally, but they do feel very right for a numbered Dirt game because they add all that flavour, all that wrapping.

"There was a degree of experimentation with Dirt Rally, which was why we put it to early access: to establish not just the audience, but to establish that we could 100-percent nail the driving experience and get all that feedback. We're really confident now in our ability to deliver that experience."

Dirt 4 feels like a natural step forward. Retaining the depth of Dirt Rally while adding help for those who struggled is an obvious move, but an important one. Driving may be stressful, it may be difficult; but it doesn't have to be.