It's an experiment into people's empathy that seems to be working (for now). 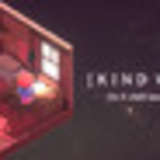 This article, originally posted on September 19, 2019, has been republished to amplify black voices in GameSpot's support of Black Lives Matter. Donate to the effort to fight systemic racism here.

Kind Words (lo fi chill beats to write to), a game that encourages people to write nice things about each other over the internet, seems like a recipe for disaster. Every time I boot up the game, I wonder if this is going to be it, if this is going to be the moment when its formula backfires and pairs me up with a sadistic troll. Surprisingly, it hasn't, even as the game has garnered increased attention and users since its official launch. The folks behind Kind Words aren't worried about the attention though--not yet anyway--as they're confident that the game will not become so popular that it evolves into something too difficult to control.

If you're unfamiliar, Kind Words is a writing game developed by Popcannibal, a studio also responsible for Elegy for a Dead World--a game that encourages players to explore the worlds of long-dead civilizations and compile their own thoughts and stories for what happened. Instead of crafting fictional stories, Kind Words hits a bit closer to home and pushes players to write about their own life. You sit in a room while chill beats play over the radio, and you can write a letter about how you're feeling that's sent out into the world for others to respond to. In turn, you can also look through a pile of letters that other people have written and reply to them. To thank people for their words, you can gift them with a sticker from your collection.

It's a simple gameplay loop that can lead to some emotional moments. You can talk about virtually anything--whether that's a troubling coworker, a crumbling relationship, quiet doubts, or a challenging level on a video game that seems impossible to get past--and get advice or encouraging words from other people. "Kind Words is an experiment in letting people exercise their empathy," designer Ziba Scott said in an interview with GameSpot. "It actually plays out that it's more about being empathetic than [sympathetic]."

Kind Words was made in response to the current American political climate and the hateful online speech it's inspired--Scott hoped to create a place for people to support one another instead of tearing them down. "This particular type of game, it didn't exist as far as I know," Scott said. "And a lot of the interest I have in making games is making games that don't exist… that I want to exist."

Most likely anyone who's spent even an hour on the internet can probably guess as to how Kind Words could be a very, very bad idea. Posting your innermost, troubling thoughts online to be anonymously responded to seems like it's almost asking to be bullied by a troll who's looking to stir up trouble just because they can. And even without trolls, someone with the best intentions can still accidentally post something potentially triggering for others. Kind Words could also be misunderstood as a way for someone to seek help for suicidal or troubling thoughts--which would be a mistake because no trained professionals are tied to the game. To assist people in this last group, Kind Words has a list of sources that people can reach out to if they want professional help, although--because it's all anonymous--there's no way for moderators to be proactive and directly connect users to sources they might need. As of this interview, Scott reports Kind Words is up to 15,000 users, all of whom have contributed a total of over 150,000 letters. That's a lot of text to monitor and moderate to make sure Kind Words remains inclusive and, currently, Scott and artist Luigi Guatieri are the only two doing so. "It's just me and Luigi," he said. "I'm absolutely exhausted."

To Scott's credit, he's willing to admit when something related to the reporting system is wrong and he's actively working to implement better systems so Kind Words remains a safe space. For example, he's noticed that many users seemingly don't want to use the report button to point out specific writers because of the implication that such a button is only used in online games to get someone in trouble. "I may need a word other than report," Scott admitted. "I don't know. Something between report and feedback, because I do want people to respond when they think, 'This person looks suicidal' or 'I think this person might hurt somebody.' Because we get a lot of those [letters]."

He's been making indie games for a long time and he figures, like most of his previous games, Kind Words will just eventually fizzle out before it becomes too much of a problem to manage.

Currently, reporting someone in Kind Words allows you to detail what type of problem you've noticed--ranging from outright trolling to simply being worried about a letter's content--but you do have to report the person first before the game presents you with the options of whether you want to help or hinder them. That's not great (ideally reporting for bad behavior and pointing out worrying behavior would be two different buttons from the outset), but at least including the distinction ensures problems are being correctly labeled for when the moderators look them over.

"I've removed ass from the filters cause it turns out everybody was just saying bad-ass, half-ass, or kickass, and no one was calling someone an ass," Scott said, when talking about ways he's tried to automate the process so moderating the game is more manageable. "And it was just causing a lot of work for me. I've also removed bitch cause they were just talking about 'bitchin' sweaters' or 'cancer's a bitch.' Fuck? That's not worth filtering at all. Only in combination with other things do I filter that."

But Scott did go on to point out that he knows it's important the entire process is never fully automated. There will always be trolls out there, and they can learn to trick machines. "[I learn] from trolls, learn the language," he said. "I've learned a lot of coded language stuff I didn't know about before. Coded racial language, things like that." Players point things out to Scott and he, in turn, starts looking out for those patterns. As such, the exact rules of what's okay and what's not are constantly evolving as Scott amends the filters to account for lingo he never would have thought of. "Every time someone posts a random string of emojis, I just stop and wonder, 'Is this just garbage or is this some really deep cut racism?' I don't know," Scott said. "I'm just very glad I don't and will never allow pictures 'cause I can't handle that."

Even with the implication of new writers potentially bringing in harmful content that he's not aware of, Scott isn't worried about Kind Words spirling out of his control. He's been making indie games for a long time and he figures, like most of his previous games, Kind Words will just eventually fizzle out before it becomes too much of a problem to manage. "Maybe I'm being optimistic in my pessimism, but in my 10 years of making indie games, having a game be too popular for too long is just not something I've experienced," he said, laughing. "Right now, at this point, we're still on the front page, just barely, of Steam and that's keeping [players] coming. And we're going to be going to some festivals and I'm prepared to put a lot of time into this for a while. But I've got six, seven-year-old games on Steam that I maybe hear a peep from once a year." And if Kind Words does actually continue to grow, he points out, then he'll ideally be making enough money to be able to focus on moderating the game full-time. "There are much worse fates than that," he said," Either way, I think it's a win-win. I'm not too worried. Maybe I should be and I'm just too tired to see my future right now. But I'm not too worried about it. I'm mostly enjoying this."

With his game in a safe place, Scott is instead focusing on creating additional in-game content for Kind Words' players. "We've got a bunch of stickers in the works," he said, excited. "I haven't really talked about it yet. I don't know if it's a spoiler or anything to tell you, but we're going to sell the stickers as DLC packs for just a couple bucks." Like the stickers currently in-game, you'll be able to earn these new stickers when people trade them to you. The DLC sticker packs aren't meant to be exploitative, they're more of a "donate to the developer type thing," as Scott puts it. Scott didn't comment on what the new stickers might be, but he did confirm that the ones currently in Kind Words are references to his previous games, so it's possible these new ones could be too.

I like Kind Words, I really do want more people to play it. Composer Clark Aboud's lo-fi chill beats add a relaxing tone to the charmingly dream-like setting created by Guatieri. It's an ideal backdrop for writing and I've started booting up the game and running it in the background whenever I encounter writer's block at work. The supportive anonymous responses to my own troubles have helped alleviate many of the concerns I desperately want to tell someone but are also too much of a bother to confide in a family member, friend, or coworker and not enough of an issue to devote to an entire therapy session. And knowing there's a possibility of earning a sticker--and thus its corresponding decoration to put up in my in-game room--scratches enough of my Animal Crossing itch to motivate me to contribute to the pile of letters from other people looking for responses. For anyone just looking to vent, and hoping for some friendly support, it's a wonderful outlet. I'm just wary of what the game could devolve into if its player base grows too large.

Though maybe Scott and his team's decision to keep the game limited in scope will ultimately prove to be the game's biggest perk: a smaller title has an easier time remaining outside of a troll's radar. "We put a fair amount of thought into [Kind Words] during development and I think it's just within the scope of what I feel we're able to safely moderate," Scott said. "I hope for what I'm perceiving: that the game is doing far more good than harm." Me too Scott, me too.