House Of The Dead: Remake Launches Next Week On More Platforms

After debuting on Nintendo Switch, now it's going everywhere else.

MegaPixel Studio has announced that The House of the Dead: Remake will launch on April 28 for Google Stadia, PC, PlayStation, and Xbox.

The game is a remake of the 1997 arcade rail-shooter and has received a bevy of gameplay changes to suit modern gaming standards. It includes a bunch of new features, too, such as 2-player co-op local multiplayer, multiple endings, a photo mode, and achievements.

The House of the Dead: Remake was first announced during a Nintendo Indie World Showcase last year and was seemingly launched as a Nintendo Switch exclusive earlier this month on April 6. However, it's now coming to additional platforms. 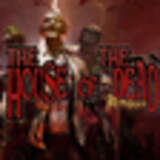 THE HOUSE OF THE DEAD: Remake
Follow
$39.99 on Bestbuy
Buy